Skip to content
Home » Horse Training » Horse Bucking: Why Does a Horse Buck and 11 Tips to Stop It 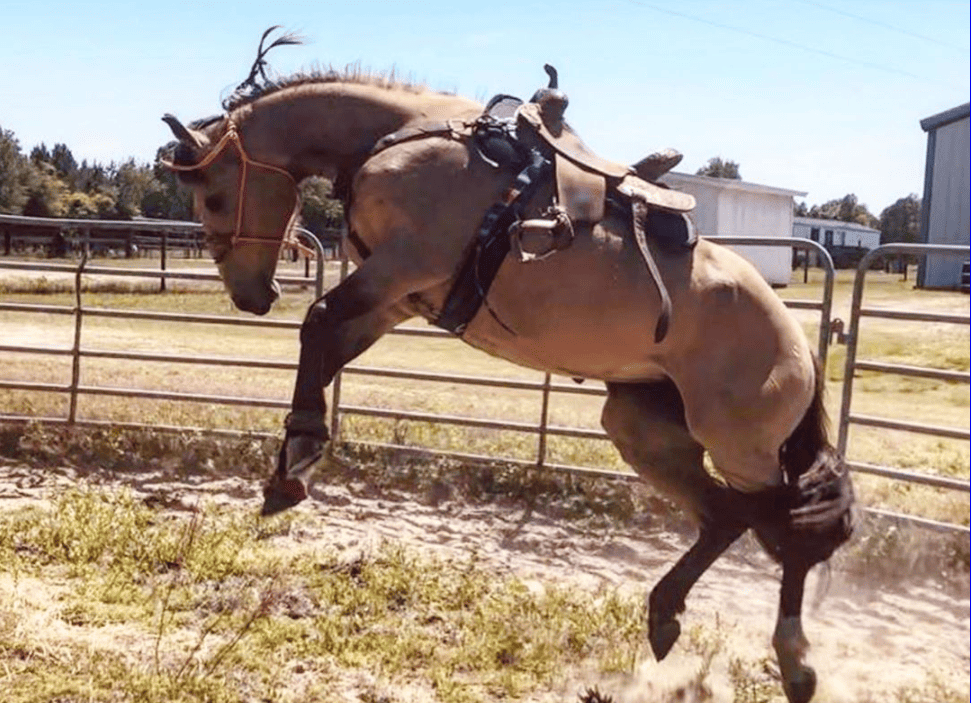 Most horses will have a buck and a kick from time to time, bucking is quite a natural and normal thing for a horse to do – watch them at play in the field and you will see plenty of examples.  However, under saddle, bucking is a less desirable trait and can become a serious and dangerous problem.

Horses usually buck for one of several reasons:-

Stopping horses bucking will depend on the origin of the problem and the competency of the rider.  Unexplained and sudden onset bucking can be very frightening and difficult to manage so here are 11 top tips to halt this problem in its tracks before it gets serious.

1. Make sure your horse is not suffering any pain in his back from an ill-fitting saddle or there is some other underlying issue of which bucking may only be one manifestation.  Horses with a problem back may be difficult to mount or show other resistance issues when working such as a reluctance to go forward

2. Ensure there are no hidden soundness issues, bucking can be used as an obstruction to work and indicate discomfort or pain

3. Check teeth and comfort in the horse’s mouth

4. After elimination of any obvious causes of pain, have a look at diet and turnout.  An overfed horse which is not having enough turnout is more than likely to buck just down to an exuberance of energy.  The horse should be fed sufficient forage and hard feed for the work he is in and to reflect age, temperament and the season.  There are lots of feeds for hard-working horses which use slow-release energy sources such as oil and fiber rather than fast release energy which often comes from grains like oats and barley and which can result in excitable behavior and explosions of energy

5. Make sure the horse is in a good routine and has adequate turn out and enough work for the feed or reduce the amount he is being fed

6. Some horses will exploit a more inexperienced rider so if you think you may be over-horsed then ask a more capable rider or your instructor to ride the horse to establish whether this might just be bad behavior that you can’t deal with.  A more established rider may be able to tackle the problem quickly and effectively and nip it in the bud

7. Some horses worry with less secure riders, for example, if you are losing balance after a jump then this can also unbalance the horse  – make sure you are hot tackling exercises which are too difficult for your present riding ability

8. If the problem with your horse is becoming quite persistent and established then you may need a stronger rider to take over for a while to just work through what’s going on

9. Horses thrive on repetition so it is important not to allow the habit to become ingrained or established; sometimes bucking can persist just because it has been going on for a while and the original cause might have been forgotten or simply impossible to establish – a stronger more capable rider may be able to work through this or it might just be a question of reprimanding the horse when he does it

10. Over facing young horses is a sure way to encourage difficult behavior as the horse struggles to cope with what’s being asked of him.  This could be working for the first time among a group of horses at a competition or riding in an arena when other horses are being turned out nearby.  Some unpredictable behavior would be considered normal in these situations, any horse is likely to react.  Young horses need riders who are secure and experienced and who can manage their green behavior in a strong but sensitive way; a young horse who lacks confidence in his rider will continue to be naughty and can develop some seriously unwelcome behavioral traits

11. Putting a less experienced or lighter rider on a horse or pony that has previously been ridden by a more competent and heavier child can give rise to some unwanted behavior that was held in check by the old rider.  These situations can be worked through but it can be helpful to have a second rider for the pony to keep him onside and to make sure that the younger rider’s confidence is not damaged whilst this problem is being solved.  This scenario doesn’t just apply to children, novice adult riders who buy a horse which is essentially too much for them will find that the horse will quickly try it on with a less capable and experienced rider and bucking can be one of the party tricks.  Horses  like to know where they stand and will always push the boundaries and exploit opportunities in either handling or riding weaknesses

No rider minds the odd happy buck and a secure rider will not be unseated by this.  Persistent bucking, however, needs addressing as there is either a pain origin which should be investigated or there is another cause within the horse’s management or ridden work which is making this a problem.  An unresolved bucking issue is unlikely to go away on its own.  Always start by eliminating pain as a possible cause and work from there through the management and then ridden issues. 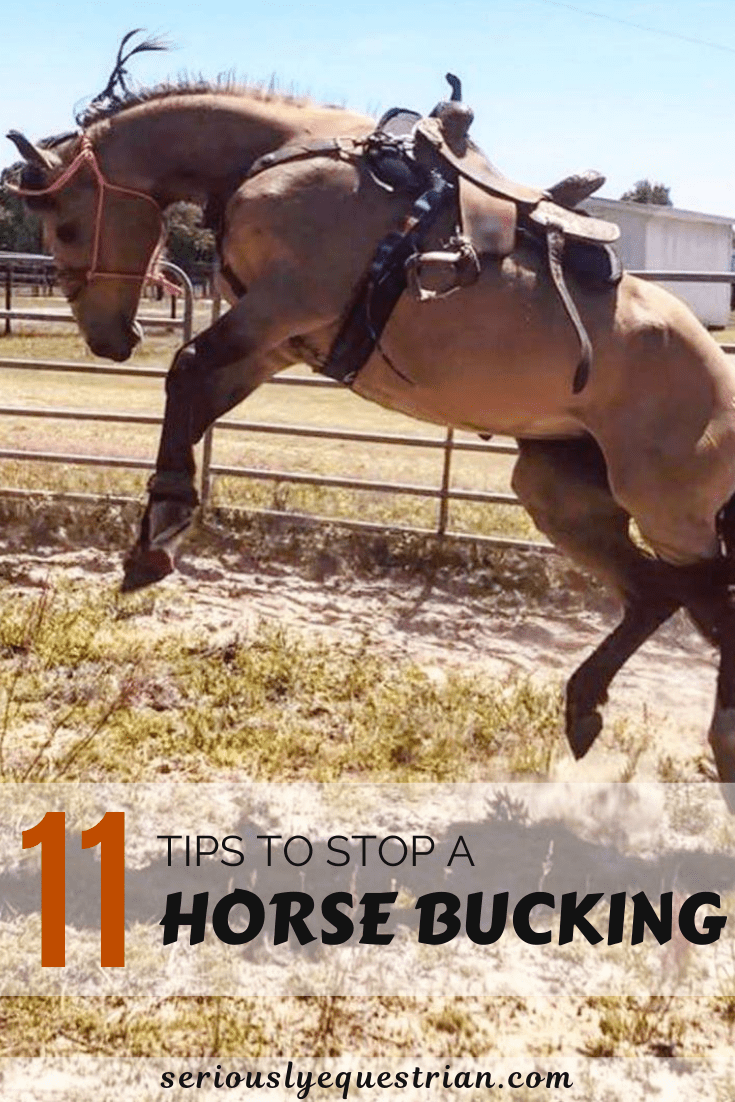