Matt Harnacke is an Equestrian enthusiast, dressage rider, and international model who has become the best known equestrian influencer in the world. Since 2014 Matt has built up an impressive online following on both Instagram and YouTube where he regularly posts equestrian related content. His success as an equestrian blogger and content creator have led to a number of commercial opportunities including a partnership with FEI & Longines.

Matt was born in Milan Italy, and moved to Australia at the age of 10 years old. His mother is Italian and his father is German. He has a twin brother named Steve.

His full name is Mattia but he prefers to go by Matt. When Matt had done some modelling since the age of 17 but at the age of 19 he was scouted at an equestrian event and subsequently invited to feature in a number of the Fall 2016 runaways in Europe. During this time he worked for a number of top fashion labels including Dolce & Gabbana, Gucci, and Yves St Laurent. At the same time he continued to cultivate his online following. Matt noticed that many of his new followers were also equestrian enthusiasts. He also quickly spotted a gap as he felt many of the best known stars in the equestrian world were not very active on social media and there was a lack of quality equestrian content on the major social networks.

Matt is a serious rider himself and has still has dreams of competing at the Grand Prix level some day.

A couple of years ago Matt decided that he was going to permanently move from Australia to the Netherlands. However the trip was not so straightforward as he also planned to bring his beloved horse Chase with him. Matt decided to document the whole journey and made a series of videos about the journey that his posted on his YouTube channel. He traveled with the horse thanks to a deal he made with a freight company. This incredible access gave his followers an unique view into how some of the top international horses travel.

Chase is a 17.2hh chesnut warmblood and is a fan favorite among Matt’s followers. He seems to be an incredibly special horse for Matt and is the horse that made the journey with Matt from Australia to the Netherlands. Chase is an impressive upper-level dressage horse.

Emporio is 16.3hh, PRE stallion. The horse is still young but Matt has plans to develop him into a top dressage competitor. In videos Matt has posted you can clearly see the gentle nature as well as the power of the big moving stallion.

Matt got the idea to get a miniature horse of his own after spending time with his friend Jesse’s mini Macho. Matt decided to purchase Bear to be a field mate with Chase. Bear is an incredibly cute dapple miniature and is regularly featured on Matt’s Instagram looking particularly handsome. He has also acquired his own little fan club with fans regularly requesting more content featuring Bear!

Sureno is Matts second Andalusian PRE Stallion that he acquired in Spain. Matt documented the whole process of the search and also made a vlog of his journey over to get Sureno.

Matt has worked for a number of top brands and fashion houses such as Dolce & Gabbana, Armani,  Gucci, and Yves St Laurent, and American Eagle. He has featured in major campaigns and has previously mentioned about how he was once shocked to see himself on a billboard in Times Square.

Today Matt’s primary client is Longines and FEI. For decades Longines has associated its name to the equestrian world and its prestigious events such as the Nations cup. Matt’s clean and crisp image seems to be a perfect fit for the brand and it seems

Since moving to Europe Matt has strengthened his friendship with fellow equestrian blogger Jesse Drent. Jesse is also a model, equestrian enthusiast, and influencer so the two men certainly have lots in common. They have since moved in together on a small farm in the Netherlands where they keep their various horses. Fans of the pair regularly speculate about the nature of their relationship. However a large cohort of their fans also consistently make calls for their privacy to be respected and point out that it does not matter whether their relationship is romantic or platonic.

He was romantically linked with Summer Montey-Fullam but these rumors were denied by her.

How much is Matt Harnacke worth?

It is very hard for any outsider to determine Matts overall net worth. Some celebrity sites estimate his net worth to be in excess of €1 million. Matt has publicly discussed how his online success has allowed him to build various different income streams and investments.

Where is Matt Harnacke from?

Matt was born in Italy but moved to Australia at the age of 10. He currently resides in the Netherlands. His father is German and Mother is Italian.

His accent is mostly Austrlian but with a bit of an Italian and Germanic twang.

What height is Matt Harnacke?

According to previous model stats for Matt, he is approximately 6 foot 2″ tall. 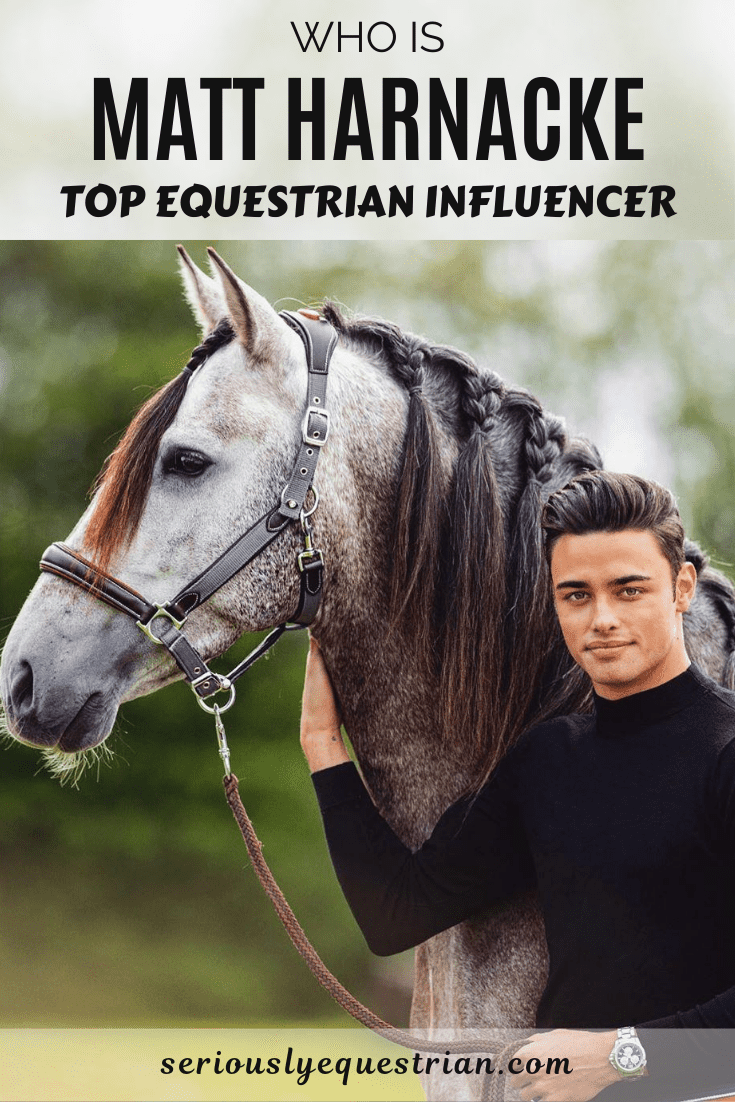