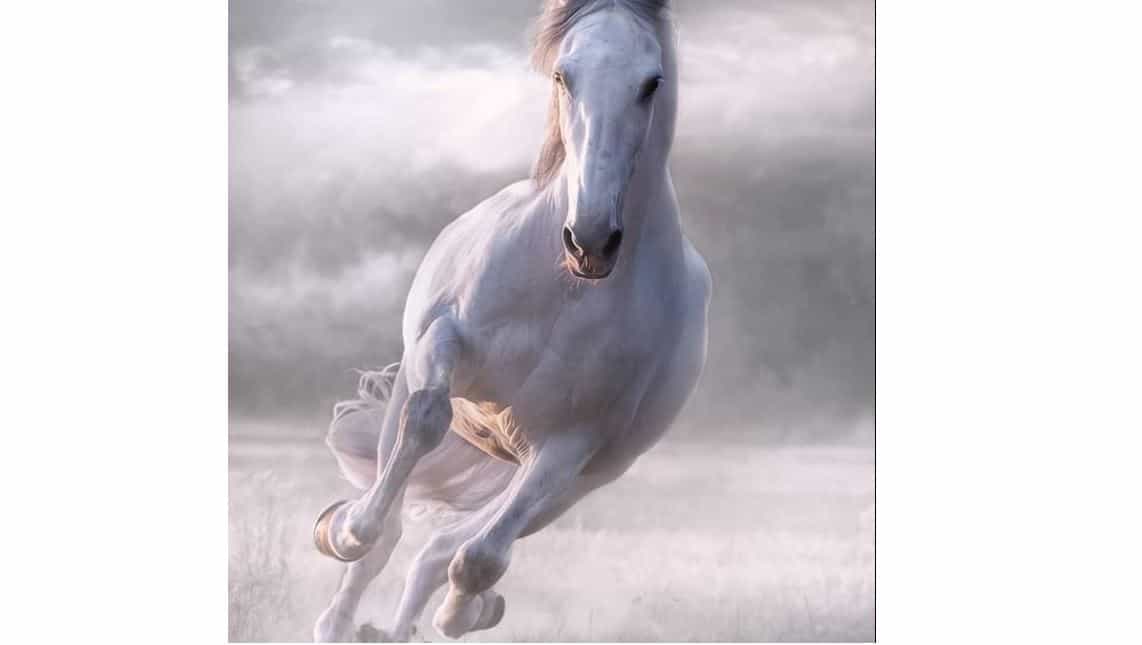 Names from Greek Mythology are always popular as they are seen as strong and powerful . Names such as Zeus, Adonis, Apollo, and Hero may not be quite right for your first born child but they could be perfect for your horse.

Here is a list of some of our favourite names from Greek Mythology for Horses.

Adonis is the human lover of Aphrodite. He was also known as a symbol of masculine beauty.

The name has become more popular in North America in recent years for baby boys but may be a good fit for a particularly beautiful stallion!

Althea is the queen of Calydon in Greek mythology. Her name means healer and her story is tied to the the fate of her son Meleager as they became the cause of each other’s deaths

Andromeda is the name of a constellation. In Greek Mythology she was a beautiful princess. However when her father boasted too much of her beauty, the ocean god Poseidon decided to send a sea monster to attack her. It is a beautiful name for a horse and is sure to be one that gets remembered!

Apollo is the Greek god of the sun. In my time I have come across a couple of horses name Apollo and it always made me smile. Apollo was the god of archery, music, truth and prophecy, dance, healing and diseases, the Sun and light, poetry, among other things. So if you have a good all-rounder stallion or gelding this might be the name for you.

Ares is the Greek god of war and a it is a name that has become popular for baby boys in recent years. It is a particularly strong name and would suit a spirited stallion or gelding.

Athena is the Greek goddess of wisdom and is one of the most popular mythology names.  She was also the Goddess of War, and the female counterpart of Ares

In Greek Mythology Atlas is a Titan who has the job of literally carrying the weight of the world for eternity. A good name for a well built and powerful horse.

Danae was an Argive princess and mother of the hero Perseus.

In Greek mythology Eros shot a golden arrow at Apollo, causing him to fall in love with the nymph Daphne. Eros then shot Daphne with a leaden arrow so she could never love Apollo back. Her father then turned her into a laurel tree to protect her from Apollos advances. Daphne has consistently been a popular name is western civilization for the last 50 years or more.

Mother Earth was personified by this goddess. Her Roman equivalent is Terra.

In Greek (and Roman) mythology  Hector was a Trojan prince and the greatest fighter for Troy in the Trojan War. He acted as leader of the Trojans and their allies in the defence of Troy. Th name Hector has been consistently popular in western civilization particularity in Hispanic countries.

This is a  classic name that comes from Greek legend. Helen was the wife of the Spartan king, famed for her beauty, whose abduction sparked the Trojan war. It means light, torch, or brightness.

Hero was a priestess of Aphrodite who dwelt in tower over a narrow waterway. Her story is tied to that of her lover Leander  to swim across a strait to see her. One night, he drowned crossing the waters, and she leapt to her death to be with him. It is a multi sex name and is

This name has now become synonymous with the Harry Potter franchise but it originally comes from Greek Mythology. Hermione was the only child of Menelaus, king of Sparta, and his wife, Helen of Troy.

In Greek Mythology Iris is known as the personification and goddess of the rainbow and messenger of the gods. It is a pretty name that is often for a mare.

Maia was the goddess of the spring, and the mother of the Greek god Hermes. In Greek mythology her name means “mother.”

Odysseus was a Greek hero and son of Hermes. He famed for his intellect and cunning and it was his plan to sack the city of Troy using a giant hollow horse. He is also famous for his long odyssey, or journey, trying to return home after the events of the Trojan War.

The name Olympia comes from Mount Olympus, the Greek mountain that was home to the gods in legends.

In Greek Mythology Orion was the son of Poseidon. He was tragically killed, but as a result was placed in the heavens as a constellation.

In Greek mythology means “Defender”. Paris is best known for fatally wounds Achilles in the heel with an arrow as foretold by Achilles’s mother, Thetis. Today Paris is more commonly thought of a girls name

Penelope is a consistently popular name in regularly appears n top 50 lists in various different countries. In Greek mythology Penelope is best known as the wife of Odysseus and was noted for being the most faithful of wives, as it was said that she waited 20 years for her husband to return to her.

Phoebe is the elder goddess of intellect but is mostly known for her prophetic powers at the Oracle of Delphi. A popular name for a girl and some horses.

Rhea is the mother of all the Greek gods in mythology. The name means a flowing stream and might suit a horse with a particularly stylish gait.

Zeus is the king of the gods and may be a fitting name for powerful stallion (or maybe just a horse who considers themselves a king!) 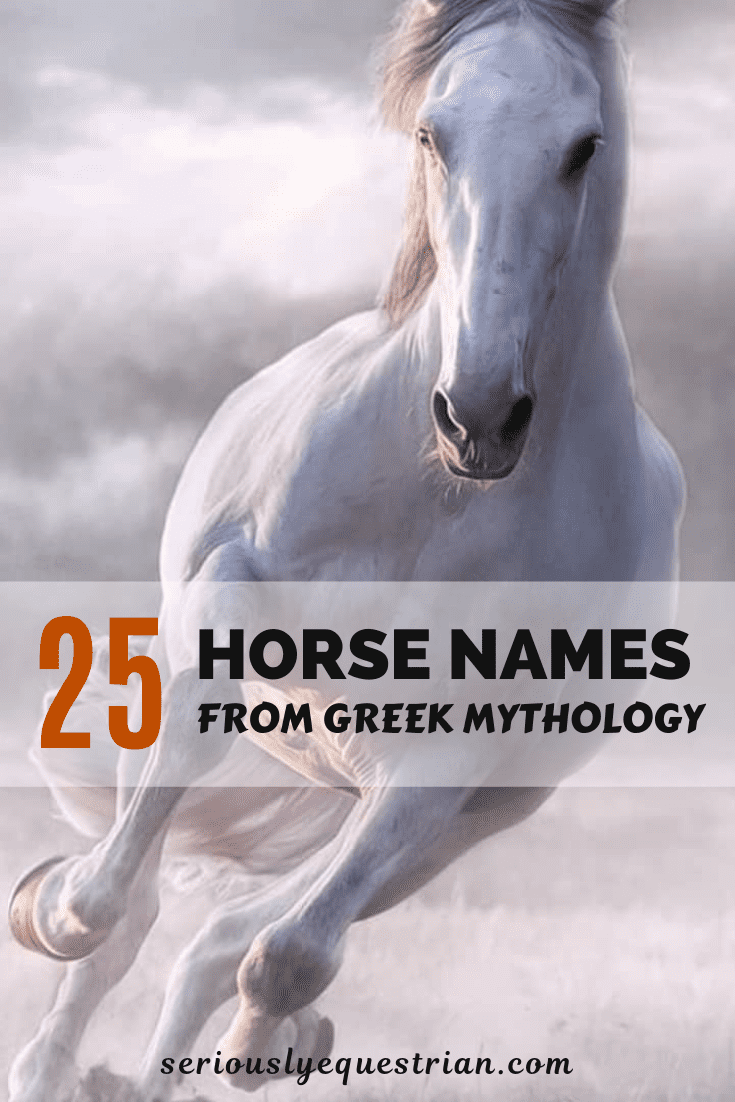