Skip to content
Home » Horse Care » What is a Baby Horse Called? 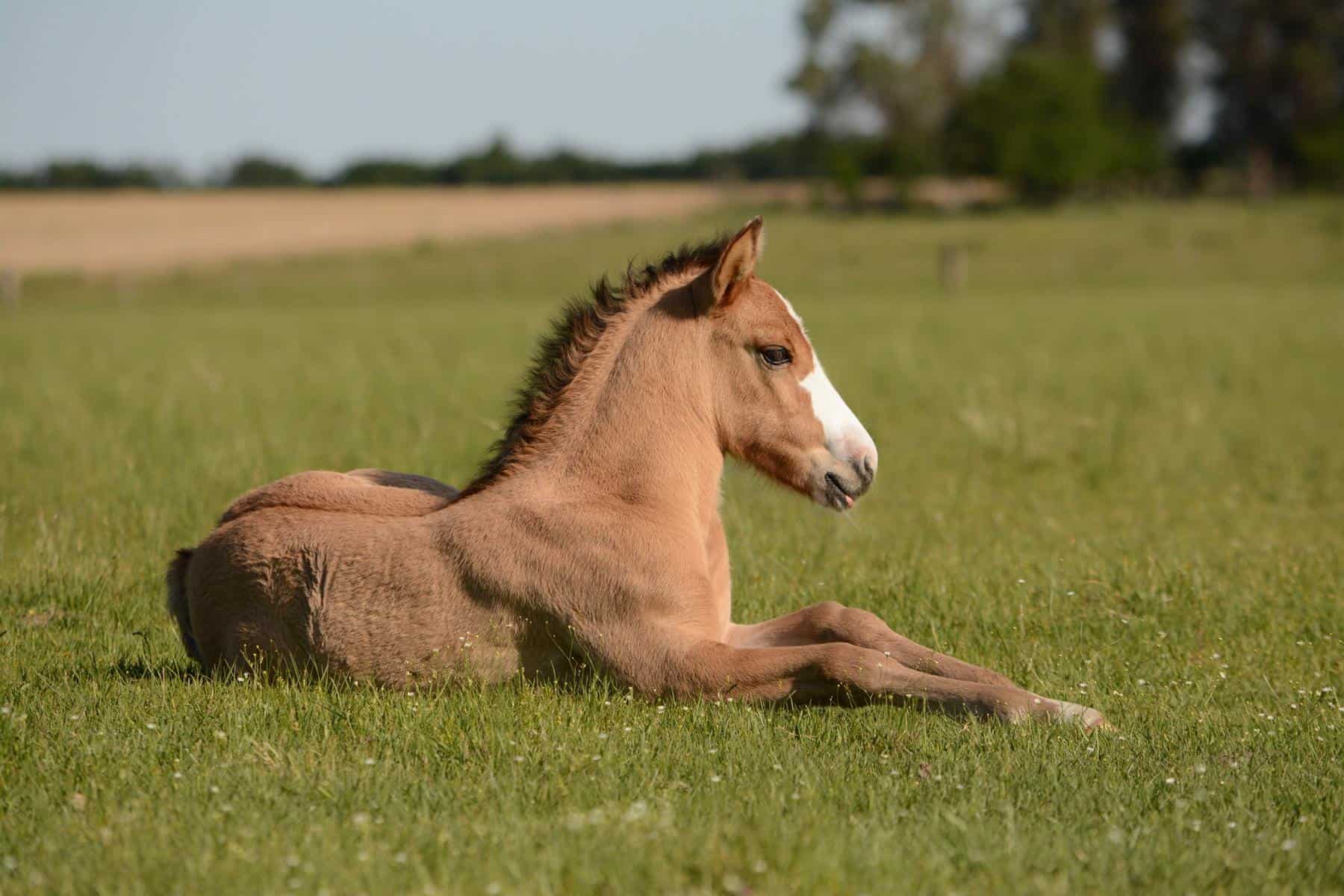 Almost every living creature out there can have a baby and when they do, these babies have a special name, depending on their species. While horses definitely hold a special place in our hearts, they are no exception from this case, as they have their very own term that they go by.

Many people still believe that the accurate term to refer them by is horse babies, and while this will still get the idea across, you should know that the exact terminology used to describe these horse babies is a bit different to say the least.

With that being said though, in today’s short article we will let you know exactly what you should refer to the horse baby and more, specifically we will feed you every bit of info that you need to know about them in the first place.

So, let’s just answer the main question for now, aka:

What do you Call a Baby Horse?

The term foal actually refers to any baby horse whatsoever, as long as they are between newborn and one years old, the baby horse has no other apt nickname whatsoever.

The term actually changes a lot however, depending on the horse’s age and of course, its nursing habits. So, how about we look at every nickname that you will find in the dictionary related to baby horses, eh?

After the first year passes and before its second year, the foal is now also referred to as a yearling, and this again changes before the male foal reaches the age of four years old. If you are dealing with a female foal then you will refer to her as a filly.

Next up, we have a fully grown adult male horse which goes by stallion. This is basically the prime of the male horse, and if you are on the market trying to get your hands on a good specimen, this is the term you should most likely be using when asking a breeder.

A stud is an adult male that is ready to breed. This is also a very important term to keep in mind as you will need to use it eventually. Next up on the list we have a gelding or a castrated adult male. These are definitely a bit harder to come by than studs, but they are still very common to find around.

What are the Differences Between a Weanling and a Yearling?

We mentioned previously that these two terms appear to be interchangeable after a certain age point but there is an actual very clear distinction between the two that you need to keep in mind.

A weanling is essentially just a foal that has already stopped nursing by now. This means that a weanling is a six-month-old foal or something around those early couple of months. As soon as that first year passes by however, you’re no longer looking at a weanling and are instead handling a yearling for now.

As the name implies a yearling is just a foal that has passed by its first year, but is still not two years old by now. Contrary to popular belief, you can actually use both of these terms interchangeably regardless of whether you’re dealing with a female or a male foal.

The only thing that really matters here is honestly just the age of the foal, and while you may not always be able to tell right off the bat which foal is one years old and which one is six months old, let’s just say that you can still refer to either of them as a foal and nobody will bat an eye.

The Differences Between a Male and a Female Foal

We also brought up the fact that foals can easily be distinguished amongst each other, based on their gender, which is actually a lot easier of a barometer than you may think.

This specifically targets the horses that are between the ages of two and four. This is the prime age for the horse during which he or she is not actually an adult as of yet and yet it is also not a baby foal either. The males that are around two to four years old by now are referred to as colts, while the females here are referred to as fillies.

The funniest part about this is the fact that nobody will ever actually blame you if you use these terms before the horses turn two years old. This is actually a very good way to make the clear distinction between the male and the female foal and no serious breeder will ever judge you for doing this.

When Should You Wean Your Baby Horse?

In case you didn’t know by now, weaning is the gradual process of taking a baby horse and feeding it an adult equine diet instead of its mother’s milk.

There are a lot of debates on when this should actually take place, as some would tell you that you need to make this change as early as during the second month of its life on this planet, while others will swear that the fourth month is the one that you need to do it during.

There are even some individuals that would go as far as to wait for the foal to turn nine months old, although this is a lot rarer to find. As far as we know though, as soon as that third month rolls on by you should be able to start weaning your baby horse. This is when it is the safest for them to consume a normal adult horse healthy diet.

There have even been some studies that have shown the fact that by taking away the mother’s milk, the baby horse will grow a lot more independent, and it will find it easier to actually become an adult from this point on, as opposed to a baby horse that has started to be weaned by the ninth month.

You can always let other foals interact with other horses as well while you’re at it as this will help the baby horse get accustomed to being away from the mother at all times.

These are the most commonly discovered problems that you can find in baby foals nowadays:

This actually happens a lot more often than you may think. If the foal decides that his or her own mother is not worthy enough to feed them, then you will need to force the interaction to happen.

This will seem quite rough at first but remember the fact that if you don’t interfere the baby will not be able to grow healthy and it can even end up starving to death in the process.

Another very common problem that you may have to deal with is the fact that the foal may end up not absorbing the nutrients properly, which can result in them growing feeble or just overall weak.

In order to inspect your foal for this and clear them out, you will need to measure their Immunoglobulin Gene levels. As long as those numbers are lower than 400mg/dl you will need to look into getting them vaccinated.

During these early couple of days, you may even observe your foal having been born with a limb abnormality. If this is the case then you may need to contact a veterinarian that can handle foals’ orthopedic problems and whatnot.

Luckily for you as long as you notice this problem early on you can easily fix it, but just keep in mind that it won’t come cheap.

So, there you have it. While we still believe that the term baby horse is perfect enough for most people, now you know what to call your horse regardless of how old they are. Thank you for reading this far and we hope that you got your questions answered by now. 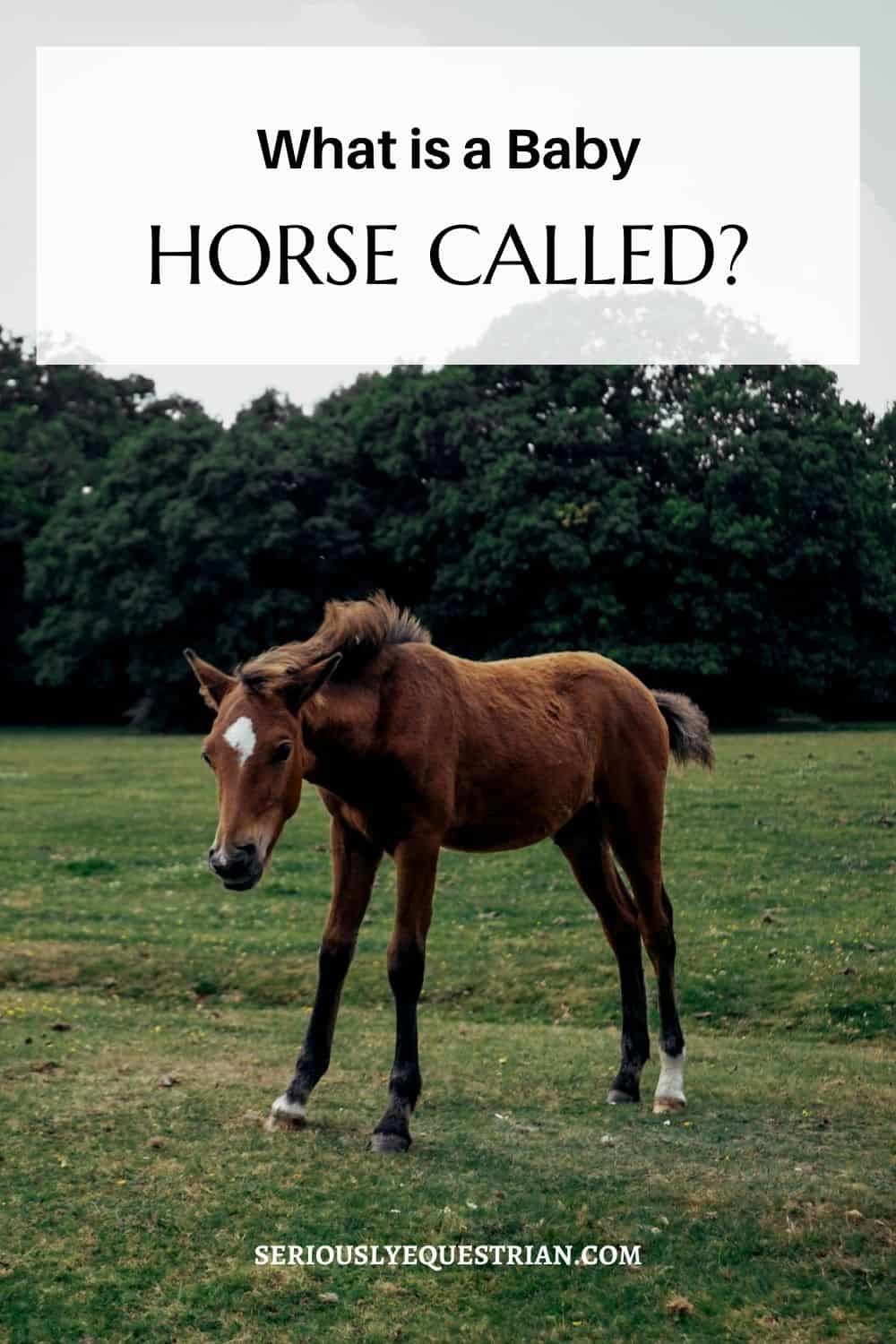