Skip to content
Home » Horse Care » How Much Do Horses Weigh? 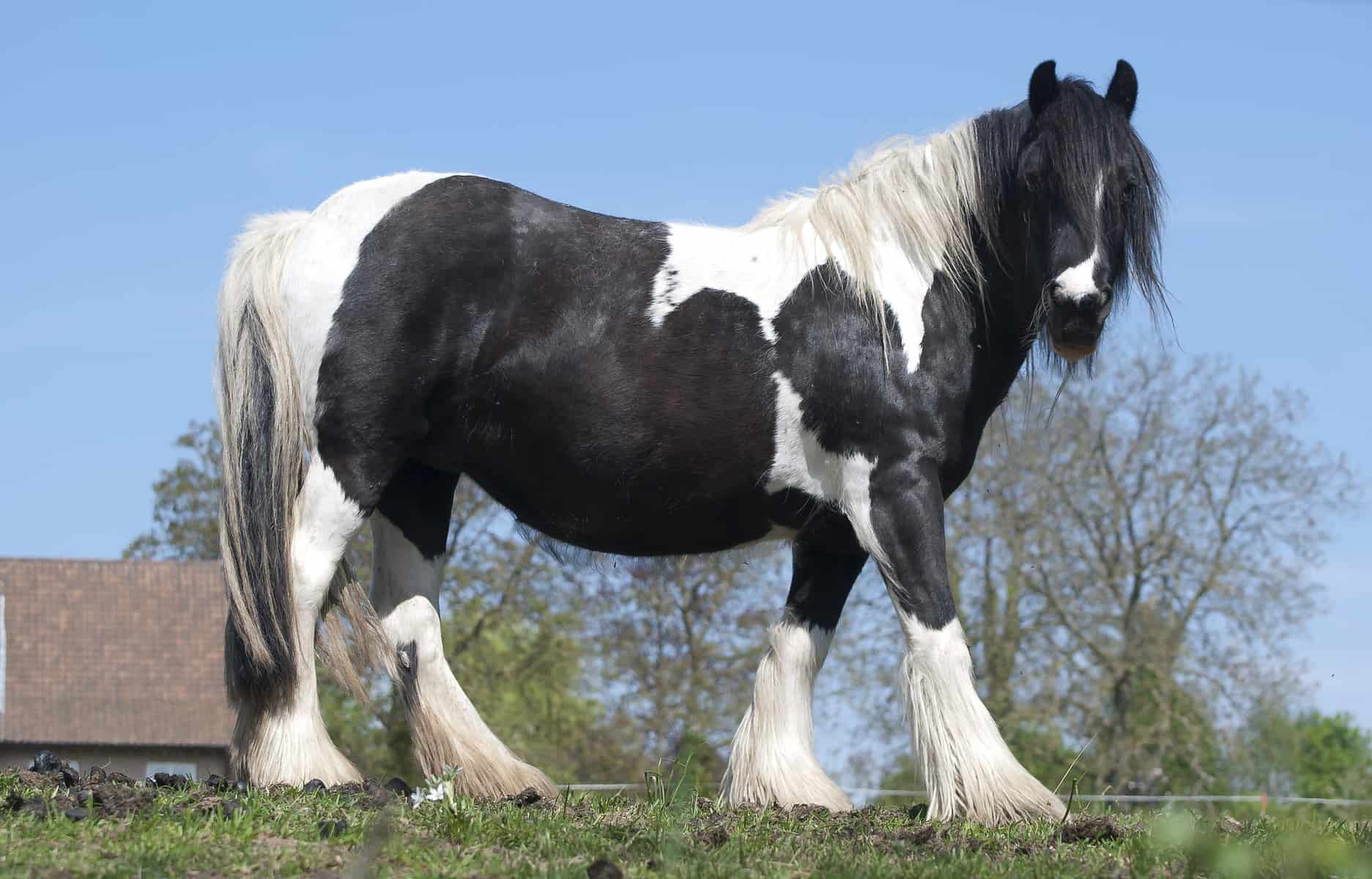 While the world definitely doesn’t revolve around one’s weight, we will have to say that when it comes to actually doing proper labor and moving our bodies around, we do need to keep ourselves around a certain number to maximize our chances of success.

This also applies heavily for the animals that we use to get the job done, and no animal out there has been as helpful to us as a species than horses.

While dogs may be man’s best friend, we just can’t see ourselves riding our dogs into battle no matter how massive they get, but all jokes aside if you do want to get a horse you should know which weight they need to be kept around, so that they don’t end up too fat and unable to help you out.

So, how much do horses typically weigh and more importantly, how much should they weigh in order to still get their help around the farm? This is what we’re here to find out, so let’s get right into it.

How Much Does a Horse Weigh?

The typical horse can weigh anything between 900 to 2,400 pounds, and while you may think that that is a huge difference it actually fully depends on the horse’s breed, age, and a multitude of other factors that we will discuss in this short article.

You should be able to tell right off the bat that some horse breeds are way larger than others, to the point where it’s practically common knowledge that the big ones will weigh more than the smaller breeds.

So, while a large breed like the Shire, Clydesdale or the Percheron, can easily weigh as much as 1,700 to 2,400 pounds and still look fairly lean, a smaller sized breed will already start to look pudgy by the time they get to weigh around 1,500 pounds.

Another good example of a large horse breed is the Belgian Draft. These are fairly large horses and they can easily grow as heavy as 2,000 pounds, although this again depends on the horse itself. Lighter horse breeds such as the Arabians though should never be heavier than 1,500 pounds, and they should usually hover around 900 to 1,400 pounds instead.

Going even lower down the scale we have ponies, which can be as lean as 700 pounds, and they can still look fairly pudgy even so.

What Factors Impact Your Horse’s Weight?

When it comes to the many different factors that have an impact on your horse’s desired or favorable weight, it’s actually not that different from the same factors that impact a human’s weight.

It all comes down to how much they eat, or how much they are capable of eating anyway. The more they eat, the more body fat they will have and in turn this will add to their overall body weight.

The typical horse can consume as much as 1.5% to 3% of their body weight every single day, but they can also over eat quite easily. Since the laws of thermodynamics are very simple to understand, all you need to know is that the more calories they eat, the heavier they will get, which also applies to any human out there.

One major difference between humans and horses though is the fact that horses need to move a lot more than humans do. This is simply due to the fact that they evolved to stand and move around on a daily basis, and as such they need to exert themselves a lot less in order to break a sweat.

While humans can live fairly sedentary lifestyles and still be in decent shape, horses do need to exercise a lot or they will immediately start to put on body fat and grow pudgy. This is very bad for them as horses do move around a lot and the extra fat can quickly lead to both health and joint problems in no time.

Oral health is also very important for horses as the more teeth they lose, the harder it will be for them to consume food, which can happen pretty much overnight if they eat bad food.

The pain is very easy to spot since if the horse does feel pain, it will immediately stop eating altogether, so if your horse is not eating his meals on time anymore you may want to get them checked because their oral health may have been compromised.

Depending on the season that you’re currently in, your horse could also very easily end up putting on extra weight. For example, during harsh winters horses tend to lose a bit of their health as they move around more to keep themselves warm.

During hot summers though they will put it back on, by being a lot less active and by eating a lot more. Since there will be a lot less to forage during winters, they will lose a lot of weight and again, since it’s all about calories in and calories out, it won’t be long before your horse will have lost all of its summer weight.

How Much Should a Horse Weigh at Birth?

The typical newborn foal should weigh as much as 10% of its mother’s weight. This is actually the perfect way to measure how much your foal weighs, and while you may think that you can just weigh the father and check their health based on that you would be mistaken right here.

The father’s weight is not a good indicator as the weight of the foal is completely genetical based on he mother’s weight.

So, if for example your mare weighs around 1,500 pounds or so, your foal shouldn’t be all that much heavier than 150 pounds. This actually applies for any horse breed out there, although you should keep in mind that first-time mares can give birth to foals that can weigh around 130 pounds each or so.

You should also keep in mind the fact that while it is very rare for a horse to have twins, they will both weigh below average when they do come out and as such you will need to check in with your local vet to see if they have any health complications especially based on their lighter weight.

What Are the Different Types of Horses by Weight?

Depending on your horse’s weight you can get your hands on one of four different types, respectively the following:

What Are the Heaviest and Lightest Horse Breeds?

If you are looking to get your hands on the heaviest and largest horses your money could buy, you need to look into buying yourself some Percheron horses as these can weigh anywhere between 1,875 and 2,200 pounds each.

Belgian horses are also very heavy and Suffolk Punch horses are not that far behind them, weighing as much as 1,655 to 2,000 pounds each.

If you want to get your hands on the smallest horse breeds out there though you will definitely have to look into getting your hands on a Falabella horse as this is by far the world’s smallest breed.

Per average, the Falabella horse will only weigh as much as 175 pounds each and as such a considered to be only ornamental or show horses.

Some people buy them as pets, but we wouldn’t necessarily recommend it, as they are quite expensive and they can come with a plethora of health problems which are due to their dwarfism.

For the most part, a Falabella horse will cost you a lot more than $1,200, but the price can really skyrocket if you take in all of the doctor visits and the supplements that you will need to feed it to keep it healthy.

So, how much should a horse weigh? It all depends on the horse breed, but for the most part you should look up your horse breed and check on what the average is there.

You can always eyeball whether your horse is getting too skinny or too fat too, but we always recommend checking in with a vet to make sure everything’s hunky dory with your beloved four-legged friend.