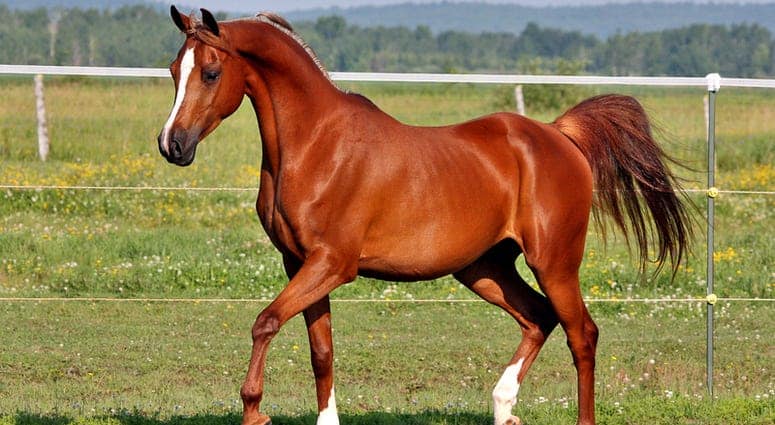 Horse Breeding is a practice that goes back millennia. Since before Roman Times Horses have been bred for work, sport, war, and various other purposes. Selective horse breeding is done to perpetuate bloodlines and enhance certain desirable characteristics of a horse. Today horse owners pay exorbitant sums of money for horses who are deemed to be the best examples of a particular breed.

The exact cost of a horse depends on a few different factors including breed, age, sex, conformation, color, and training. However breeding is typically the most significant factor in the price of a horse.

Sport Horses tend to dominate the list of the most expensive horse breeds in the world. Champion Stallions and Mares are even more valuable in retirement where they can be put out to stud or into foal.

The Arabian is one of the oldest horse breeds in the world and is consistently one of the most expensive breeds of horse.

Arabian horses are instantly recognizable from their distinctive head shape and high tail carriage.  They were originally developed in a desert climate which means that they are built for endurance. They are alert, good-natured, quick to learn, and have a willingness to please humans. When you combine these traits with their athleticism and endurance, you have a horse that can be used for nearly any purpose. Arabians are found in nearly every horse sport and performance discipline.

The cost of an Arabian horse can vary and there is huge discrepancy in cost as there are many subtle variations of the breed around the world. However the majority of Arabian Horses will fall somewhere between the $5k to $90k price range.

The Thoroughbred is a horse breed that is most commonly associated with horse racing. Prices for thoroughbreds tend to vary massively, depending on age, pedigree, conformation, sex, and other market factors such as purse winnings.

As you would expect Thoroughbreds are known for their agility and speed. They are hot blooded and are also known for their high spirited nature. Apart from horse racing they also are associated with show jumping, combined training, dressage, and polo.

The Andalusian is a horse breed from the Iberian Peninsula that has been historically associated with Spanish regality.

The Andalusian was first bred as a war horse and was prized for its nobility. They are strong and compact while also displaying a certain elegance which made them the perfect horse for the battlefield.

The Dutch Warmblood was developed in post war Europe in a breeding program that began in the 1960’s. Since then they have gone on to become one of the most successful competition horses in the world.

Selective breeding has helped the breed to become known for its athleticism, reliability, and excellent temperament. This athleticism and their willingness to please humans make them an excellent choice for most equestrian sports. Today the Dutch Warm blood can most commonly be seen in  jumping and dressage. In North America the Dutch Warmblood is often seen in the hunter ring.

The cost to buy a Dutch warmblood ranges from around $5k to $30k on average.

The Oldenburg is a warmblood horse that was developed in the German State of Lower Saxony.

Originally the Oldenburg was developed as an all purpose farmhorse. However the breed has since evolved to become a tall sporting horses that are known for their impressive gaits and excellent jumping ability. This new breed is known as the modern Oldenburg and is differentiated from the Alt Oldenburger. The breeding of Oldenburg horses allows for the use of privately owned stallions which have led to a greater diversity of bloodlines and pedigrees than in other sporting horse breeds.

The modern Oldenburgs abilities have made the breed very popular for nearly all equestrian events. A top Oldenburg Stallion could cost you anywhere form $100k to $500k which unregistered horses available from around $5k. 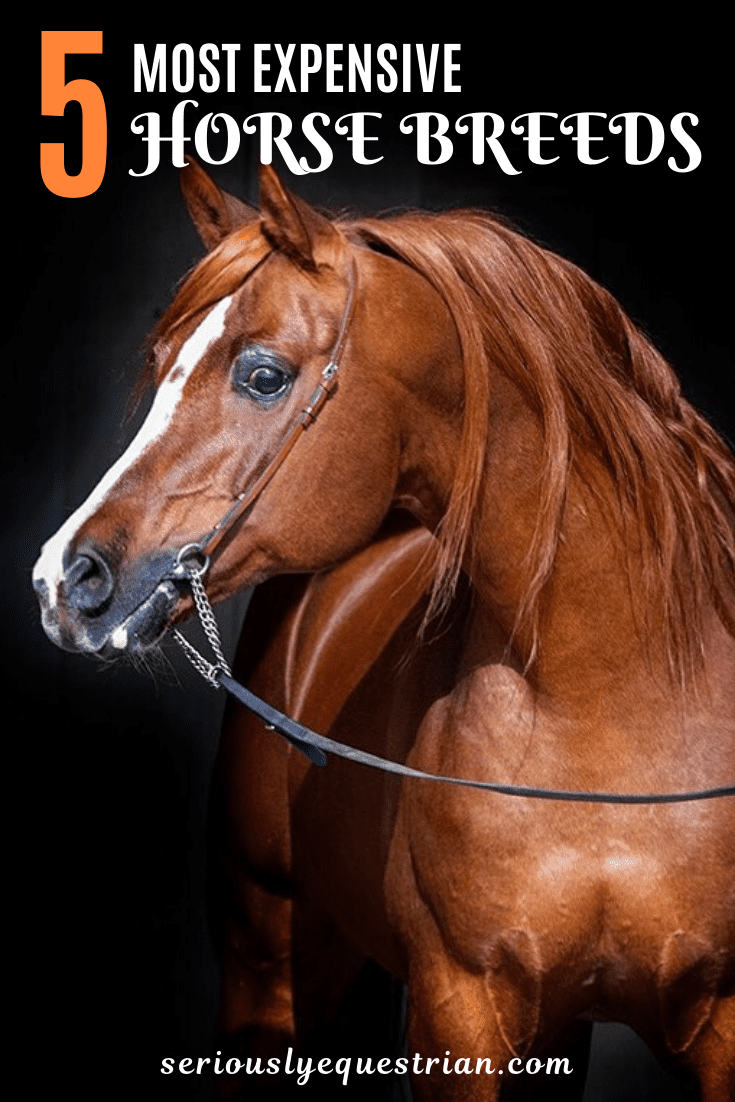