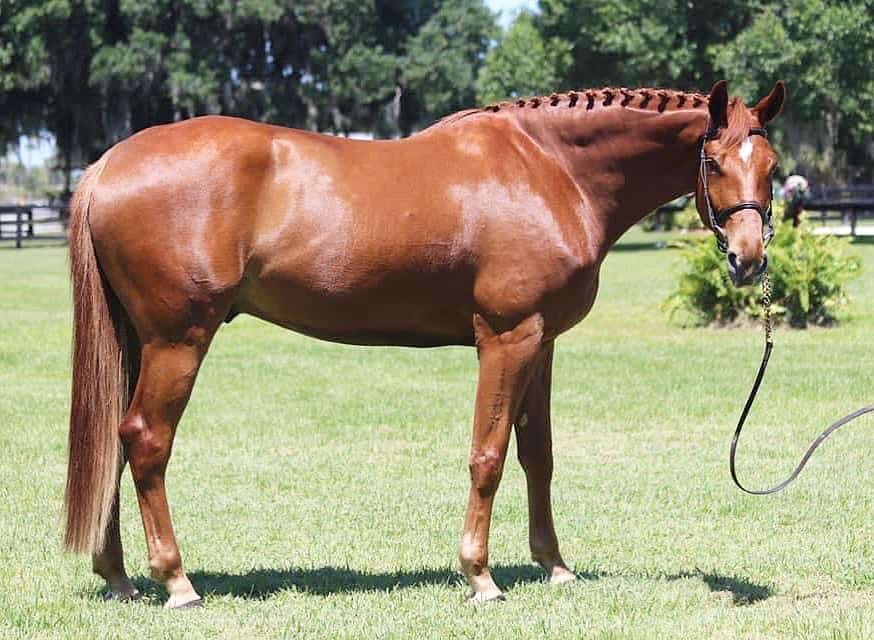 The Dutch have a long history of breeding horses. In the Netherlands there is evidence that horses were bred since at least the 4th century . The most famous breeds are associated with particular provinces or regions and in many cases were developed to meet the unique farming needs of a that region. However the mechanization of agriculture in the 1950’s led to a decline in the demand for most of the dutch horses. Some of the breeds almost disappeared but the emergence of pleasure riding and equestrian sport led to a renewed demand for Dutch breeds. Some of the breeds were crossed to produce superior breeds for Horse Sport.

Today the Dutch are one of the most prominent teams in the world in the various different types of Horse sport. They are consistently one of the best performers in every Olympic equestrian discipline and have regularly topped the medal count in these events.

The breed was achieved by cross breeding local Zeeland mares with Belgian Ardennes and Brabant breeds. The horses powerful frame and strong frame made it an ideal horse for various different agricultural tasks.  Despite its massive size the horse has free movements and good stamina. Like many other Dutch Breed the demand for the Dutch Draft horse declined with the mechanization of agriculture. Until that time the horse was most likely the most important of all the Dutch breeds.

The horse is approximately 16 hands in height and ranges from about 700 to 750 kg in weight.

The Gelderlander Horse is a breed which was developed in the Gelderland province in Central Eastern part of the country. The horse was originally bred to be a stylish carriage horse that was also versatile enough  for agriculture work. However the breed declined in the second half of the 20th century as tractors and machinery began replacing the use of horses in agriculture.

The breed was developed when native mares from Gelderland were crossed with Andalusian, Neapolitan, Norman, Norfolk Roadster, and Holstein stallions. Today the Gelderland breed has mostly been absorbed into the Dutch Warmblood breed and has not been officially bred since the 1960’s

Gelderlanders stand between 15.2 and 16 hands. They have  effective high-stepping trot thanks to their long backs and long legs. Today, the Gelderland is mainly used as a carriage horse but is often seen at showjumping events.

The Groningen Horse is from the Province of the same name, located in northeastern Netherlands.

In this region the soil is known for being quite hay and the horse was bred to be denser and thus better suited to this type of land, in comparison to the Gelderland horse who is lighter and bred to be suited to the sandy soil of the central east region.

The Groningen has short, well muscled legs, good joints, and well formed hooves which makes them very suited to carriage pulling. They are well known for their longevity and typically stand between 15.3 and 16.1 hands. Their primary colors are black, bay or brown.

The Dutch Warmblood is a breed of horse that is registered with the Dutch KWPN registry (Royal Warmblood Studbook of the Netherlands). The breed was developed in the 1960’s and is descended from the Groningen and Gelderland  horse. The Dutch Warmblood combines many of the best traits of the lighter and more athletic Gelderlad with the denser and heavier Groningen.

The Dutch Warmblood was developed as riding horse in comparisons to the Groningen and Gelderland which were primarily developed for agricultural purposes. Since the early 2000’s the breeding focus has shifted from riding horse to a more specific type of sport horse.

The Warmblood is known for its temperament and is generally good nature, eagerness, and bravery. They are typically between 15.2 and 17 hands high with no upper limit for height. They are also known for their balanced proportions, powerful hind quarters and long lines. The majority of them are black, brown, chestnut, and bay and often have white markings.

The Friesian Horse originated in Friesland, a province in the north of Holland. They are one of the most famous breeds of horse in the world with mentions of their existence appearing in historic text as far back as the 4th century.

The FPS (Friesch Paarden Stamboek) is the primary body responsible for regulating the registry of Friesian Horses in the world today. They are known for their rigorous evaluation and selection of breeding stock.

In history the Friesan Horse was often favored by soldiers. Armored knights liked them due to their strength and ability to carry s significant amount of weight into battle while still being able to maneuver relatively quickly. This agility also made them a popular choice for riding schools. Today the horse is used in harness and under the saddle. They are also seen in many equestrian sports and are a popular choice of horse for dressage

Friesian Horses are always black, and white markings are not allowed on their body or legs.  They have a long flowing mane and tail and with thick fetlock hair. The horse is known for its animated gait that includes a high knee action. They have a small head with a craning neck and a strong and deep body with a low-set tail hind quarters.

They are considered warm blooded because of their temperament and during the last two centuries it has been bred pure. 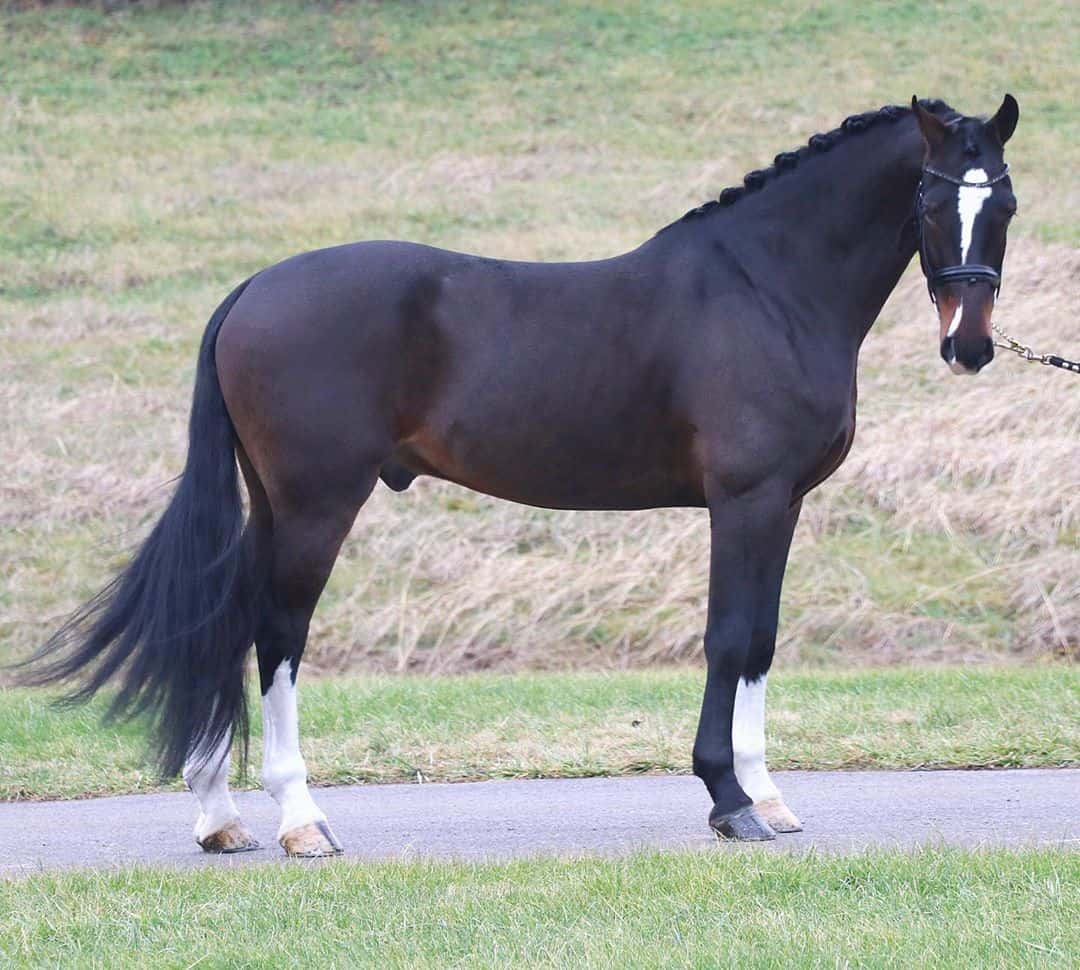 Dutch Harness Horse is a warmblood driving horse that was developed in The Netherlands after the second World War. Just like the Dutch warmblood the breed is based on the native Groningen and Gelderland horses. The Dutch Harness Horse studbook is maintained by the same registry (KWPN) responsible for the Dutch Warmblood.

The Dutch have a long history of carriage driving and the horse was bred in response for the demand for a fine driving horse to replace the more traditional heavy carriage horses that existed previously. The horses was developed entirely from within the native horse populations.

Dutch Harness Horses are highly recognizable thanks to their their high, flashy action. They are large horses with long lines, with a head that is expressive and tends to be narrow. Today they are most commonly seen in fine harness competitions. They are also frequently present in combined driving competitions 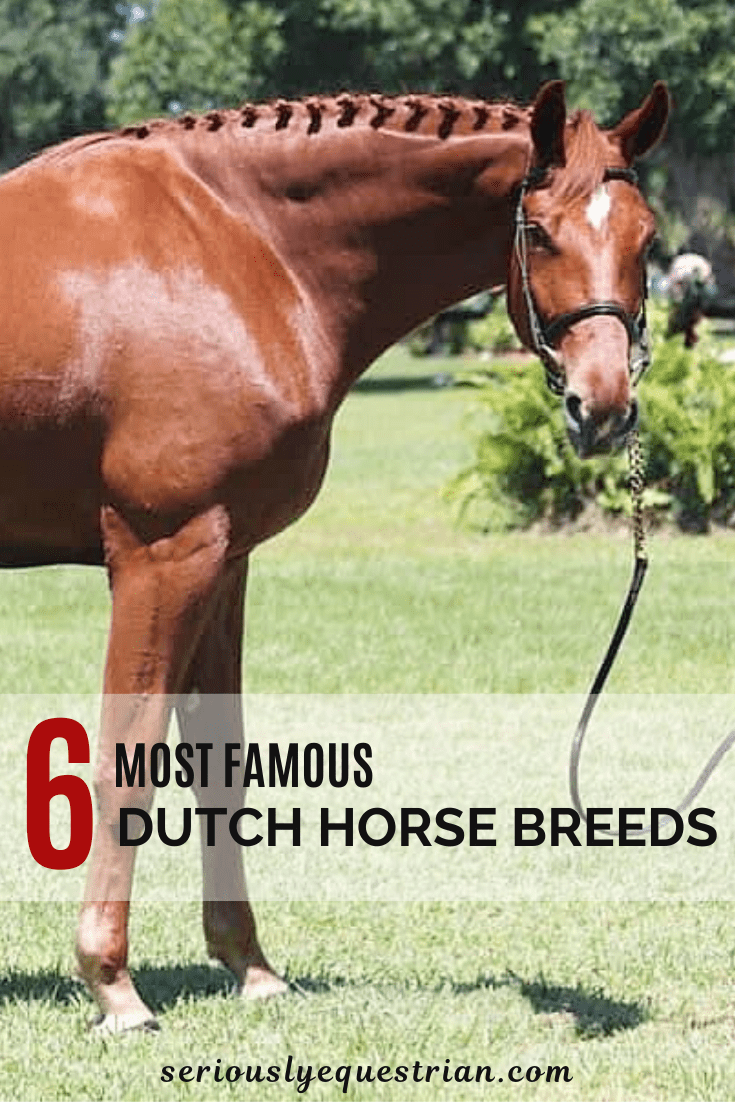