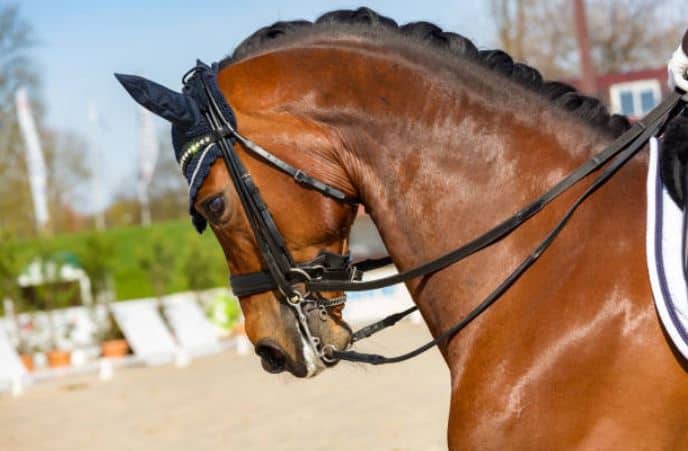 Modern dressage is dominated by European bred horses, in particular breeds from Germany and Holland. With this in mind, it isn’t necessary to have an expensive pure dressage bred horse. Flatwork is the basis of good riding, and dressage is the foundation of flatwork. All horses can do some level of dressage.

Dressage has its foundation in the training of war horses. Horses needed to react quickly to a rider’s cues in often chaotic and confined spaces. From there, dressage developed into fine art that takes years to master for both the horse and the rider.

For novice riders or those that don’t aspire to compete at Grand Prix level, many horse breeds will be suitable. To compete at higher levels, you will need a more specialized breed that is capable of the required movements. Let’s take a look at the best horse breeds for dressage.

About – Dutch warmbloods are bred for athletic ability, light footedness, long legs, and excellent temperaments. They come in bay, black, grey, chestnut, and even the rare tobiano. White markings are acceptable, and they often have plenty of chrome.

Dutch Warmbloods from the KWPN studbook are one of the most common breeds used in dressage. KWPN has different branches, one for jumping horses and one for dressage horses. They have spent years refining the dressage lines to create horses that can meet the demands of modern dressage at the top levels.

A KWPN dressage horse should be uphill, long-limbed with a rectangular shape, have a strong back, and have a well-muscled body. The neck should be long and arched, finishing with a pretty head. All gaits should be supple and light-footed with self-carriage. The horse should be sensitive to aids and have a willingness to work and perform.

About – The Holsteiner has a slightly heavier build than other European breeds. They have distinctive strong, arched necks, powerful hindquarters, and athletic movement. Most Holsteiner horses are bay, but they can be black, grey, and sometimes a rare chestnut. Holstein prefers the horses to be solid colors with very little white marking.

Holstein, like KWPN, has different sections for jumping and dressage lines. Germany has consistently produced some of the world’s top dressage horses and riders.

Cor de la Bryère is one of the founding Holsteiner stallions. His influence on dressage and jumping horses is evident in the thousands of horses that trace their lineage back to him.

The Holstein studbook is more famous for breeding jumping horses and has always played a dominant role in world jumping rankings. When the studbook noticed they were lagging behind in dressage, they set out to change this. The studbook took the willingness to work, strength, quick reflexes, and excellent movement from their jumping horses and refined it for dressage breeding.

Some of the most successful dressage horses in the United States can claim Holsteiner breeding. Perhaps the most famous of these horses is Ravel. Ravel and his rider, Stephan Peters, earned themselves legendary status with their competitive results. The pair’s list of accolades includes winning a medal at the World Equestrian Games (WEG) and winning a World Cup final. No other American horse has come as close to an Olympic medal than Ravel. 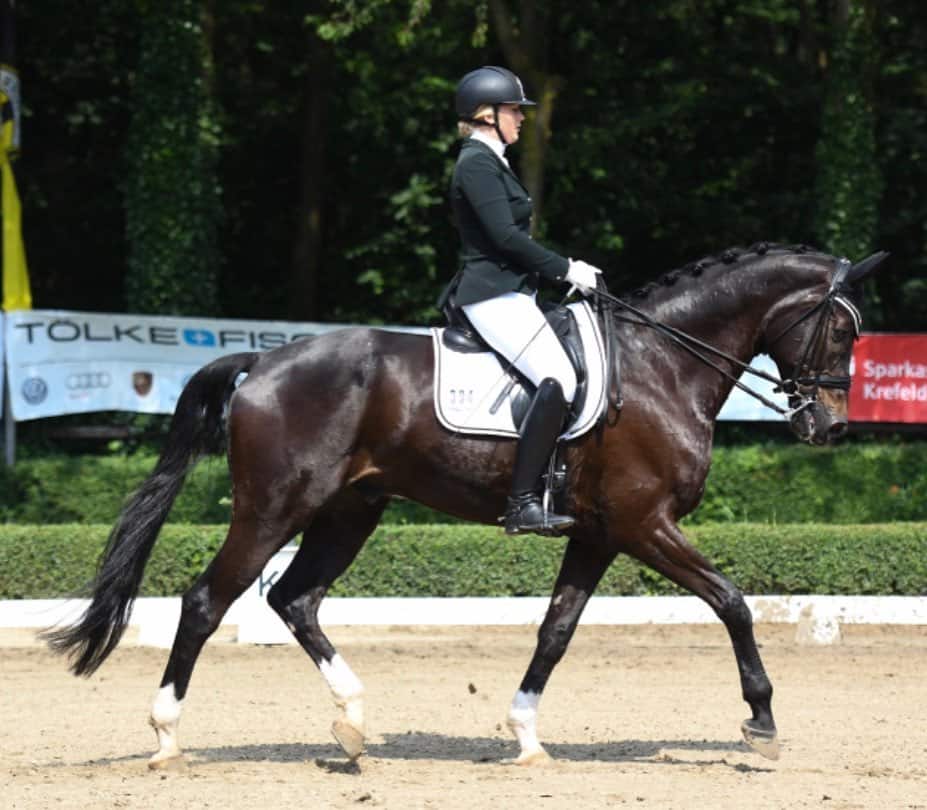 About – The Westphalian is a good all-round sport horse that can jump and is one of the consistently best horse breeds for dressage. They have bold, elastic movements and rider-friendly temperaments. Westphalians are found in all the main colors – grey, chestnut, bay, and black, often with lots of chrome.

The Westphalian is a type of German warmblood. The breed originates in the German region of Westphalia and the Warendorf Stud, which was established in 1826. The Westphalian studbook was founded in 1888 and breeds both dressage and jumping horses, but doesn’t have specific discipline lines. The studbook is smaller than some other breeds, but that doesn’t mean the horses they produce lack quality.

Unlike Holstein, who prefers bay horses with little white, the Westphalian studbook doesn’t have restrictions on color and markings. Instead, it focuses on the physical and mental qualities of the horse, with the goal of producing horses that suit both amateurs and professionals. Westphalian horses have bold, expressive, and elastic movement with good rideability.

Three of the most famous Westphalian dressage horses are Ahlerich, Rembrandt, and Farbenfroh. Each horse won a gold medal at the Olympics in 1984, 1988, and 2000 respectively. 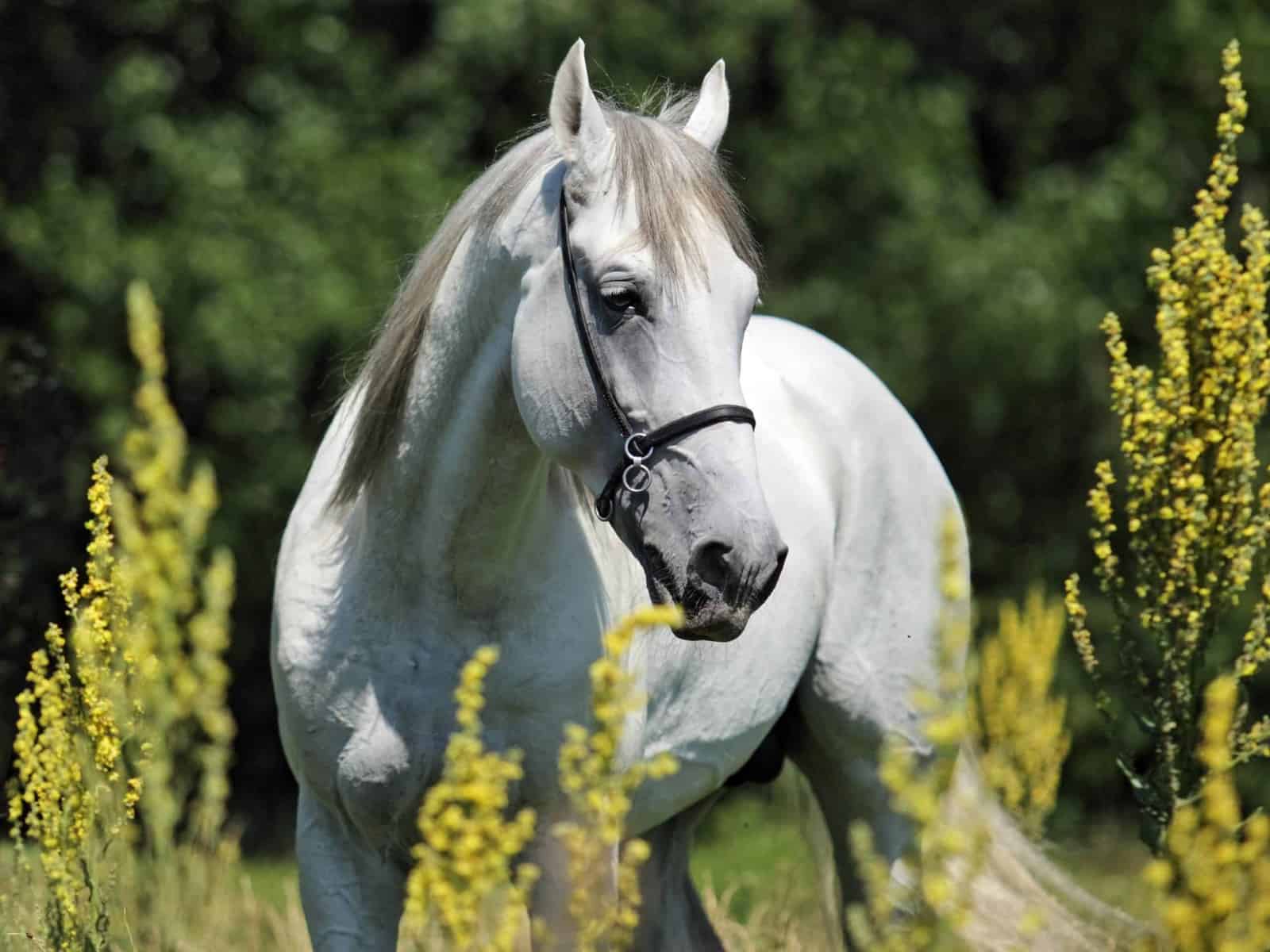 Characteristics – Range from 15.0 – over 16.2 hands. They tend to be shorter than other European breeds.

About – The Andalusian is intelligent with a calm, friendly temperament. They are mostly grey, but can also be bay, chestnut, or black.

The breed started as a cavalry horse, used for their agility, power, and ability to carry heavily armored soldiers. When horses were no longer used for the cavalry, the Andalusian found its way into the riding academies of Europe.

The breed differs from other more modern European breeds. It has a more compact body that is heavily muscled and a thick, powerful neck. Andalusians are bred to ensure they possess strength, agility, movement, and willing, rideable temperaments.

In recent times Andalusians have won medals in dressage at the 2002 World Equestrian Games and the 2004 Olympics. 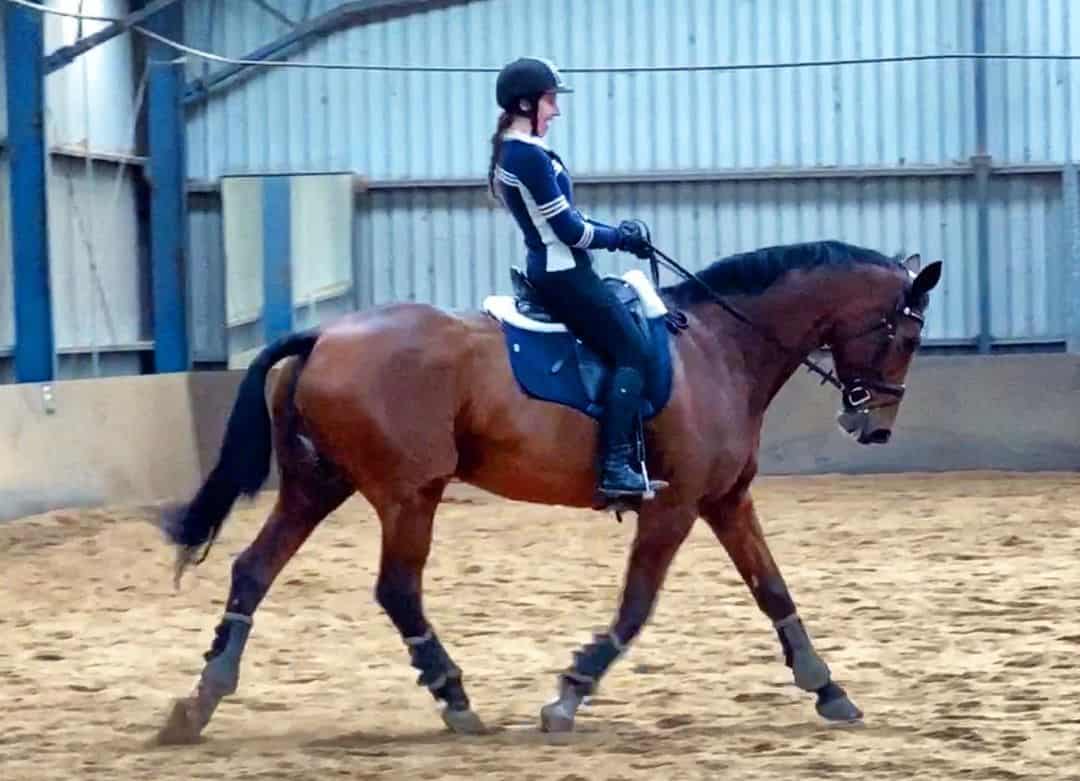 About – The Hanoverian is a powerful, athletic horse that excels in several equestrian sports, including dressage. They have strong bone, good impulsion, floating paces, and trainable personalities.  Like Holstein, the Hanoverian studbook does not like horses with a lot of white markings. They are commonly bay, chestnut, grey, and black.

Hanoverians have been one of the most successful German breeds in dressage. The breed comes from the northern German region of Lower Saxony, once known as Hannover. The early Hannovarians were used for pulling carriages and as cavalry horses. The official Hanoverian studbook was established in 1888.

In the last 70 years, Hanoverians have won 11 individual Olympic dressage medals and been a part of 8 gold medal winning teams. They have also been part of numerous gold medal World Equestrian Games (WEG) teams. Weltmeyer and Donnerhall are the most famous Havnoverian dressage stallions, and together they have produced many champion horses.

The best horse breeds for dressage aren’t limited to the five we’ve covered here. Good dressage horses can be found in many breeds including, the Trakenher, Selle Francais, Irish Sport Horse, and Danish Warmblood. Remember, every horse can do some dressage. There are horses of every breed that break preconceived barriers of their abilities. You’ll even find some cobs that have successfully competed at high-level dressage! 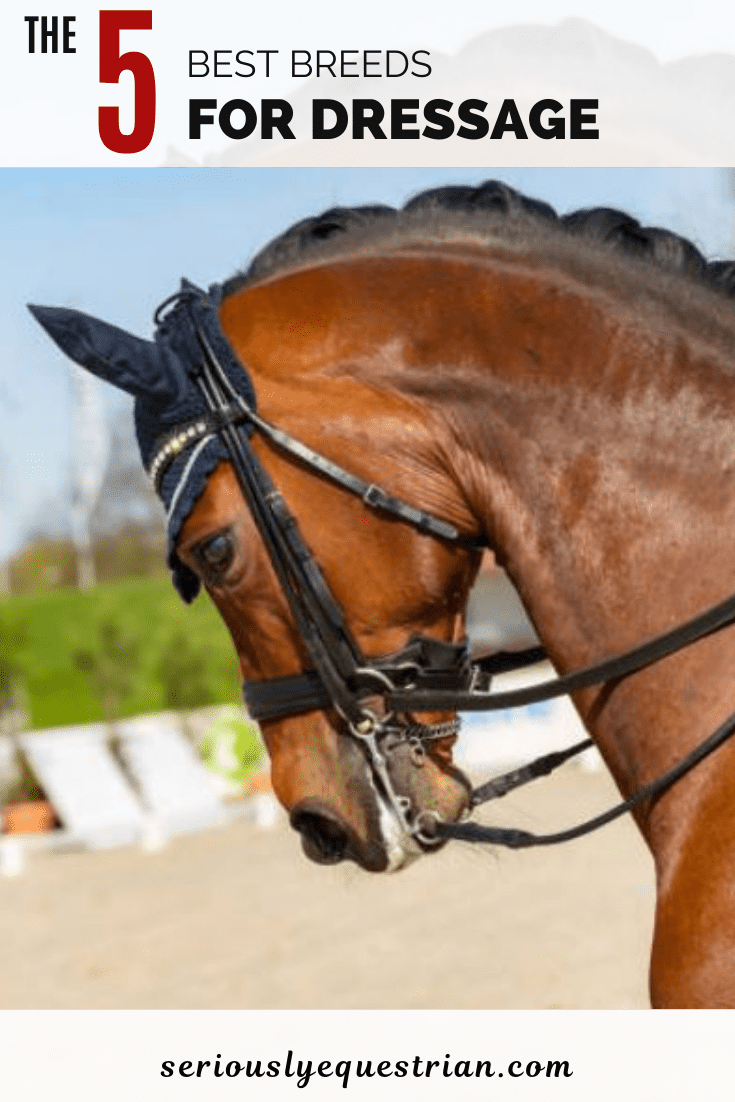