Skip to content
Home » Equestrian Lifestyle » How Much Horsepower Does a Horse Have?

This is an age-old question that pretty much everyone has asked themselves at least once during their lifetime and for good reason too. How much horsepower does a horse have? Shouldn’t it be just one since it is a horse that we’re talking about here?

Well no actually, the answer is a lot more difficult than you may think because per average, a horse can have as much as 14.9 horsepower when they’re at their fastest, but then again this all differs based on the horse itself.

It is actually the same as with any other human out there, since not every one of us can pull an Usain Bolt and run at the speed of 27.33 miles per hour.

No, instead, the average human can only run as fast as 8mph, but depending on your physical prowess again this is very much so a gamble as you never know how fast someone is until they start running.

The funniest part about this is the fact that the term horsepower should be replaced with humanpower, simply because the average human can have a maximum output of around 1.2 horsepower in total.

But again, we digress. Now that we know how much horsepower a horse even has in the first place, how about we answer the following question that is most likely resting on the tip of your tongue as we speak, aka:

Contrary to popular belief, horsepower doesn’t actually have anything to do with horses to begin with, it is a unit of measure that is used when you try to calculate the output of engines or motors.

The standard unit of horsepower will equal around 33,000 foot-pounds of work per minute or better yet, 550 foot-pounds per second.

This measurement was actually first brought up by a Scot by the name of James Watt. He was the one to give it the name that we get so confused about to this day, by comparing the average power of the draft horses in the 18th century, to that of the steam engines.

The more time passed however, the more he realized that his calculations could be better employed to showcase which motors were more efficient at their job, and before long the horses were completely removed from the equation.

He did however bring about the fact that on an average day’s work, a horse could turn a 24 foot mill wheel around 2.5 times per minute, which in turn helped him calculate the amount of force and energy that the horse was pushing in the first place.

This is where the aforementioned 33,000 foot-pounds per minute came from, and in case you didn’t know by now, Watt was also the one to come up with the name for watts or joules way back in the day also.

Before long everybody started to use horsepower to calculate their motor efficiency and it didn’t take long before it started to be used as an abbreviated hp too.

Nowadays we use horsepower to calculate everything from steam engines to cars, boats, lawnmowers and even airplanes for that matter.

Why Do Cars Lose Horsepower with Age?

This is actually a very good question that is not all that easy to answer upon first glance. To put it bluntly though, the idea here is that the longer the car is in function, the more Father Time takes a toll on it and just like with everything else out there, it eventually starts to slow down and break down in no time.

The air fillers and the exhausts for example will eventually start to clog up and it won’t be long before this leads to problems with the engine and the fuel injectors. Long story short, everything will start to collapse the more we use it and this most definitely applies to cars.

This is actually why it is recommended that if you want to get yourself a new car you should be going for a newer model. Even if the car is in near mint condition, you should know that those pieces on the inside are already starting to rot away and before long you won’t be able to make use of them.

If you don’t want to have to replace everything, we recommend that you stick to a relatively new car as they are a lot less likely to lose horsepower immediately as soon as you buy them.

How Do You Calculate Horsepower?

In order to calculate horsepower, you will need to make use of the following equation: hp = Fd / t.

In this equation, the Hp obviously stands for horsepower, while the F stands for force in pounds, the d is an indicator for distance and of course, the t is mean to represent the time in minutes.

While this may all seem quite difficult to understand, it is actually very straightforward once you get the gist of it.

Does Horsepower Make Your Vehicle Faster?

Most people actually look at the car’s horsepower to see just how powerful it really is, but does this actually translate directly into its overall speed?

Actually it does, as the more horsepower your vehicle has, the better it is during the acceleration process, which in turn makes it faster. The better the startup is, the more speed it’ll gather later on and this will increase the vehicle’s overall performance on the road.

But, while this may all be true you do need to keep in mind the fact that just because you have more horsepower that doesn’t always indicate the fact that you will be faster than a car with less horsepower.

You do need to keep in mind that the larger the car is, the more horsepower it will require to actually start up, and because of this it won’t be able to get to the same overall speed as a slightly smaller car.

On top of that, the torque and the overall aerodynamics of the vehicle can also quickly lead to your car being slower or faster than someone else’s that has less horsepower than you.

Because of this we highly recommend that you don’t pick your car simply based on the horsepower that it has. While if the two cars weigh the same amount and they have all of the aforementioned qualities on the same spectrum it will still mean that your car is faster, but it is never as simple as that now, is it?

What is the Relationship Between Horses and Horsepower?

As we mentioned previously, horses used to be considered the primary source of power way back in the day, and while this has definitely changed by now, the name has remained the same even all these years later.

James Watt was the scientist that decided to name it horsepower in the first place, and he did so as a way to equate engine power to horses.

While the numbers don’t really add up as far as horses and horsepower go, every vehicle that is approved to travel on the open road will have its horsepower written down in the description as you check out its specifications.

Back in the day, horses used to be the main form of transportation, they would be used for practically everything including farming, pulling stuff and turning mill wheels. As soon as machines were invented however, people were afraid of actually using them because they figured horses were better at the job.

But James Watt took it upon himself to prove to the world that these inventions were better by directly comparing them to the typical horse’s power output.

His main purpose was to sell the power of the steam engine to the rest of the world, and as far as we can tell he most definitely did his job properly, as nowadays it’s unheard of to use horses for anything but basic transportation and maybe labor, but most new age farmers have switched to man-made machines already.

By proving the advantages of switching to a steam engine Watt became a pioneer of the modern age, as he was able to convert a lot of the world’s farmers to using these man-made vehicles, and while he did not receive any actual prizes for doing so, he did get to name both the horsepower itself and the unit of power known as watts.

He was a pioneer of his time and without him we would definitely have seen a lot more resistance coming from the people of his time that would have never made the switch over to man-made products simply because they would have been too scared to be overtaken by their competition.

These numbers can differ a lot though, especially considering a lighter horse such as an Arabian or a Thoroughbred and for humans it is just as varied as someone like Usain Bolt could easily have had a total output of 3.5 horsepower. 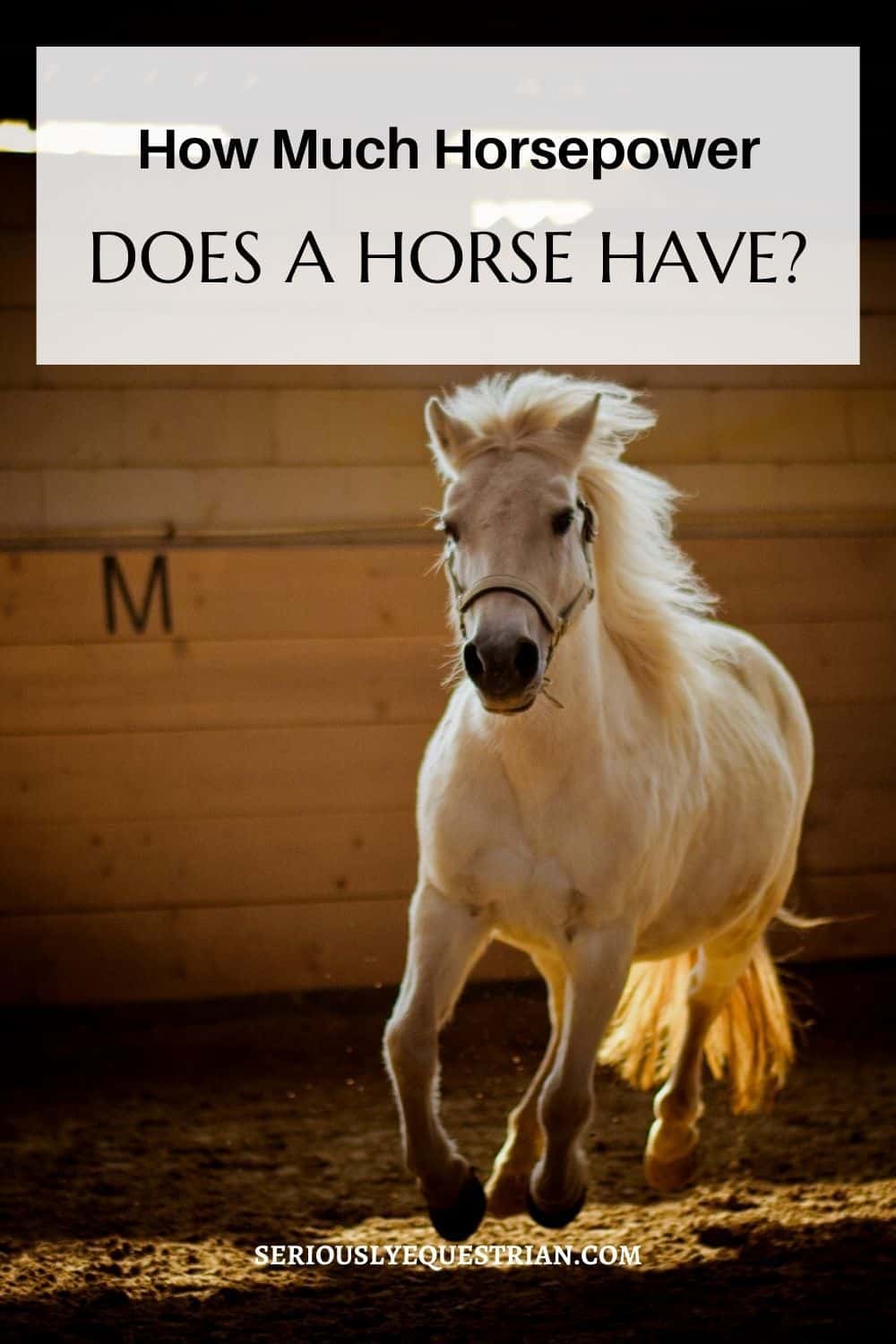