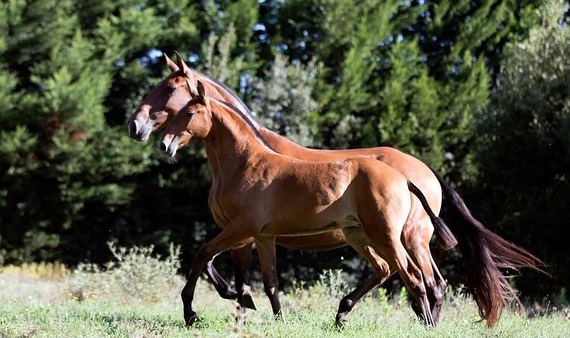 The Lusitano Horse originates in Portugal and is one of the oldest horse breeds in the world. In fact, today’s Lusitano still carries DNA that follows the maternal line back to the Early Neolithic wild horses of the Iberian Peninsula. Scientific research believes that the Iberian Peninsula was not affected by the last ice age. Due to this, ancient horses were able to survive and became domesticated much earlier than in other parts of the world. These ancient horses moved east as far as Asia. Essentially, the foundation of the Lusitano horse is the foundation of all modern horses today.

The first type of Lusitano was a war horse, trained by the superior horsemanship skills of the Lusitanian people around 5000 BC. These warriors used a unique fighting technique, known as ‘gineta’. A quick, agile, and strong horse was necessary for this fighting style. The riders developed deep connections with their horses, relying on them for success in battle.

The Lusitano breed further developed when mixed with horses brought by invaders to the Iberian Peninsula. These horses became renowned. Legends said the mares were sired by the wind, giving birth to the ‘Sons of the Wind.’ When the Barbs arrived, the cross between their horses and the early Lusitano created the Iberian War Horse in the early 700s AD. It was this ancestor of the Lusitano that was brought to the Americas by the Conquistadors and made its way to the riding academies of Europe. The Lusitano is nearly identical genetically to the Spanish Andalusian horse. The only difference is the area of their development and a few minor physical traits.

During the 17th century, the conflict between Spain and Portugal brought laws that prevented Portugal from breeding war horses. Breeding still occurred in limited ways and in secrecy. It is on these secret stud farms that the foundations of the modern Lusitano formed. It wasn’t until as recently as 1960 that the Iberian Horse breed was split and the Lusitano studbook was created. The official name of the Lusitano is Puro Sangue Lusitano. Prior to this, all of these horses were called Andalusians. While there is a small amount of Lusitano breeding around the world, most of these horses are bred in Portugal and Brazil.

The Lusitano studbook consists of six foundation horses, five stallions and one mare. Each of these horses has its own line, with unique characteristics, but meeting breed standards. One example of a specific line is the horses bred by the Alter Real Stud, where only bay horses are bred. The breed is carefully managed today to strict standards to ensure the survival of its thousands of years of genetic heritage and unique characteristics. 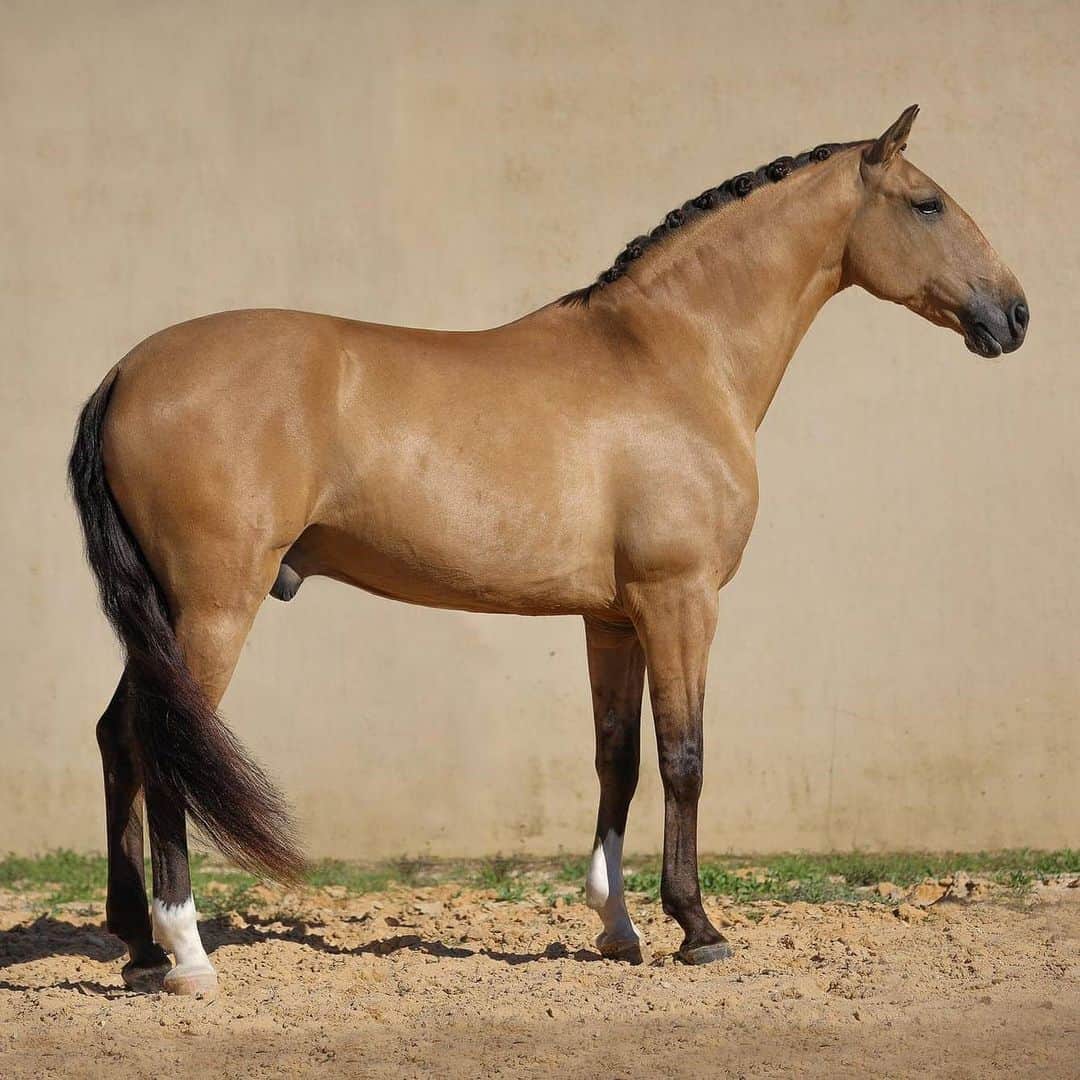 Lusitano horses are middleweight horses of medium height, ranging from 15.1 to 15.3 hands, but can be slightly taller. Their body is powerful and squarer in shape than some breeds, with an arched neck, short cannon bones and a sloping croup. The majority of Lusitanos are gray or bay, but they can also be found with chestnut, black, palomino, and dun colored coats.

Physically, Lusitanos are warm blooded horses and with a huge presence. They are known for their high degree of leg flexion, and a springy, elevated step that makes them ideal for high-level dressage movements. The head of the Lusitano is uniquely shaped compared to other horse breeds. It has a sub convex profile, or Roman nose, in contrast to the dish shape of other breeds, and almond-shaped, expressive eyes. This head shape benefited the Lusitano as a war horse. Mentally, the Lusitano is a friendly, gentle, willing, and highly intelligent horse, making them highly trainable.

After evolving from the Iberian War Horse, the Lusitano was mainly used for classical dressage, bullfighting, and driving. Today, they are used for these disciplines competitively. When bullfighting, it is the rider’s job to ensure his horse does not get injured. If the horse is injured, it is seen as a disgrace to the rider. In dressage, you will find the Lusitano competing at the highest levels against the modern European warmbloods. They are also highly successful in combined driving with two and four in hand teams. It takes longer for a Lusitano to reach the peak of its training than other breeds, often being aged 12 and continuing to perform well into their 20s. It is also still common today to use the Lusitano on large Portuguese cattle farms to move cattle.

The 1995 Driving World Cup and 1996 World Championships were won by an all Lusitano four in hand team and Belgian driver. The 2002 World Equestrian Games bronze medal team contained a Lusitano that was also part of the silver medal winning team at the 2004 Olympics. The Portuguese dressage team at the 2006 World Equestrian Games consisted entirely of Lusitano horses. Also, the entire 2016 Rio Olympic dressage team from Brazil consisted of Lusitanos. 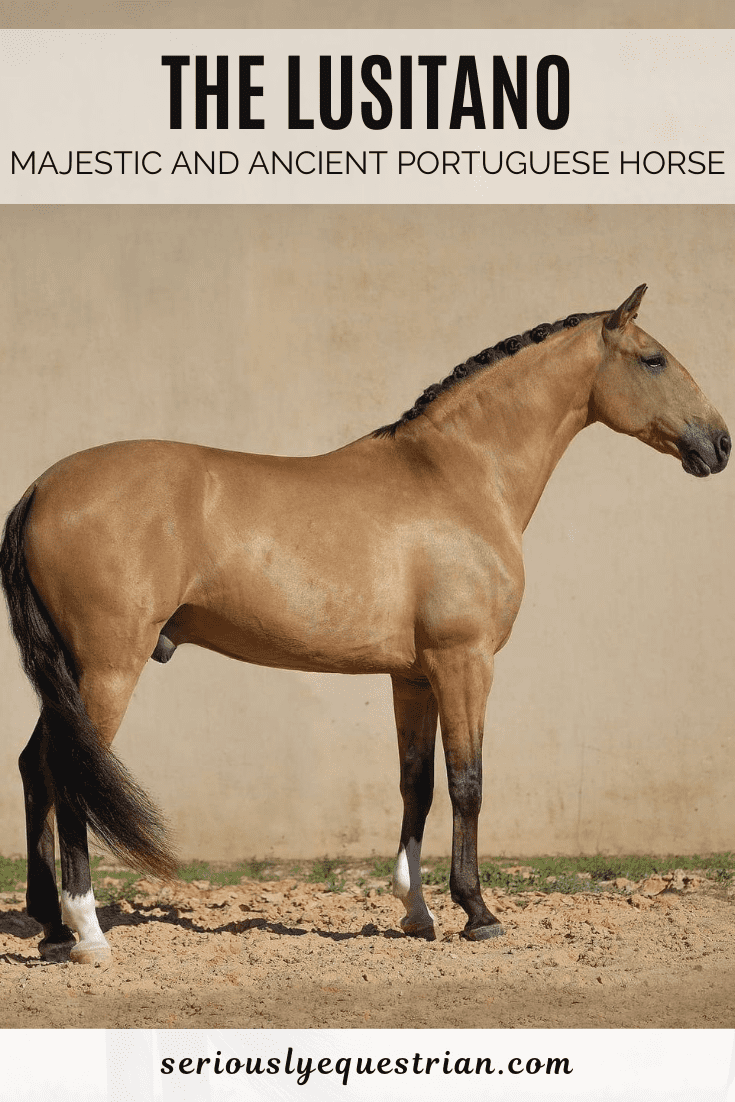 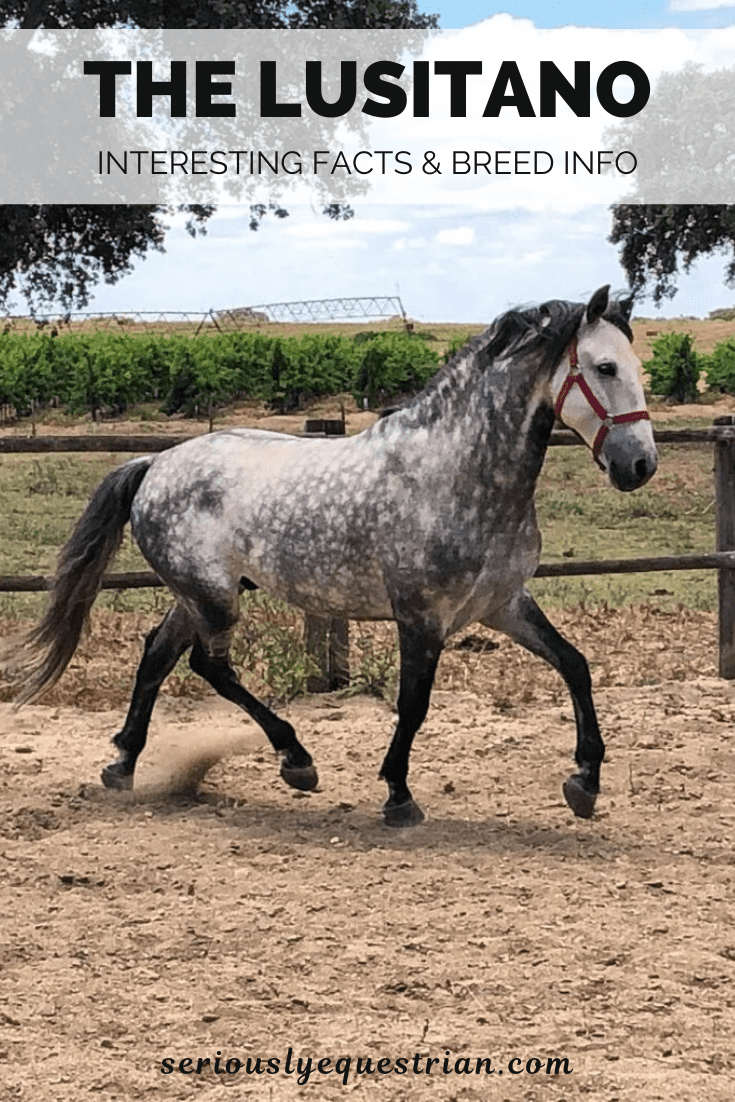