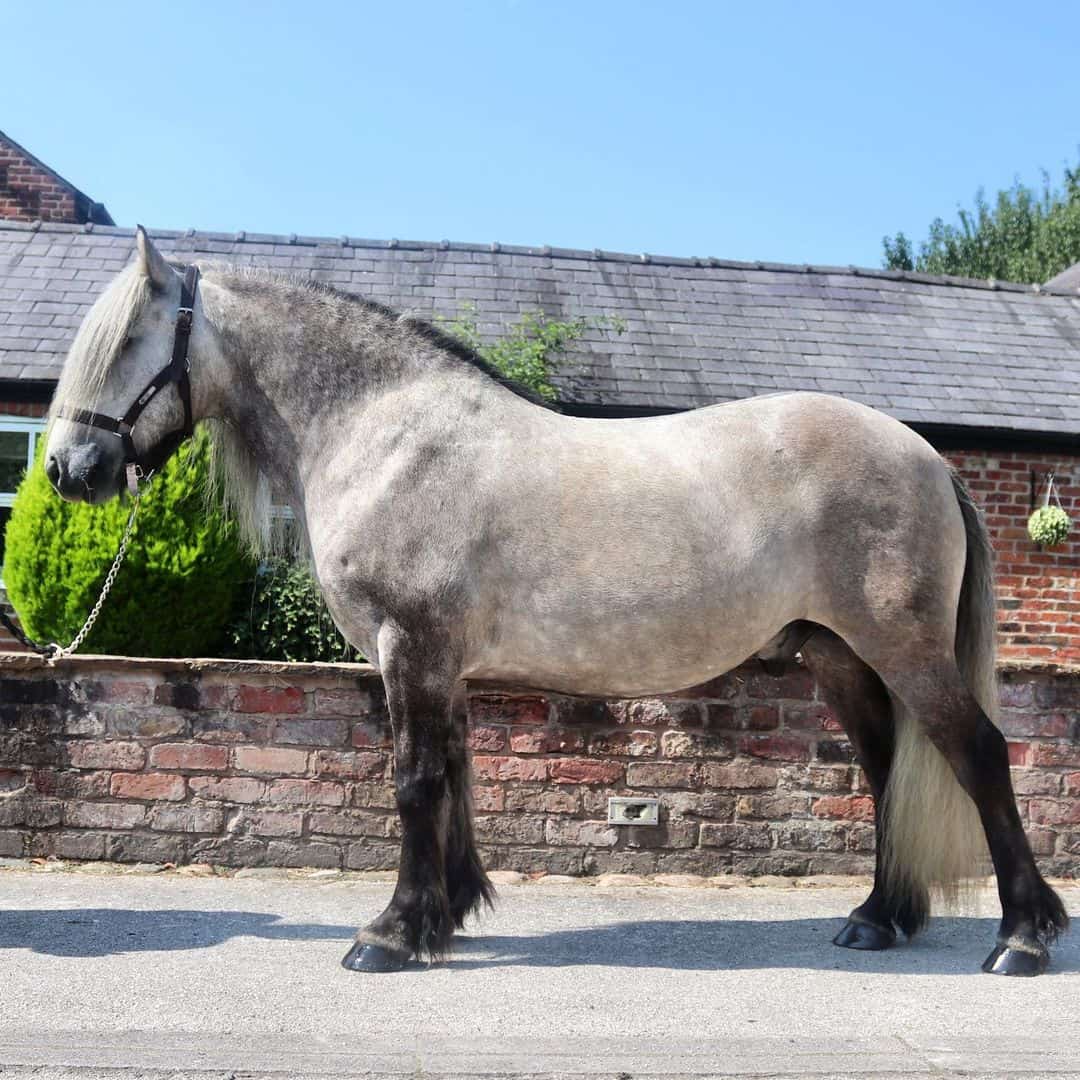 The Highland pony is one of the most well known native British horse breeds. The breed is specifically a Scottish pony that has developed over several centuries. Scotland has a harsh environment and climate that can often be quite severe in winter. The Highland pony has developed to survive in this harsh climate outdoors year-round. The breed, a type of mountain and moorland pony, is currently considered rare and classed as vulnerable.

The Highland Pony does not have a very clear path of ancestry to follow. There are very few early records mentioning horses in Scotland, so it proves difficult to pinpoint when horses reached the area. It is known that horses have been present in Scotland since the 8 century BC, but it’s not certain if they were wild or brought in by humans migrating to the region. It is felt that the early Pict horses from the 5th to 8th century AD had some influence on what is now the Highland pony.

However, what happened between the time of the Picts to the 18th century can only be guessed. 18th-century accounts describe what is believed to be the Highland pony. It isn’t until the 1830s that highland pony bloodlines become traceable. The Percheron and other French and Spanish horses brought to Scotland in the 16th century were mixed into the genetic profile. Later, in the 1800s, the British Fell and Dales ponies were bred with the Scottish ponies. 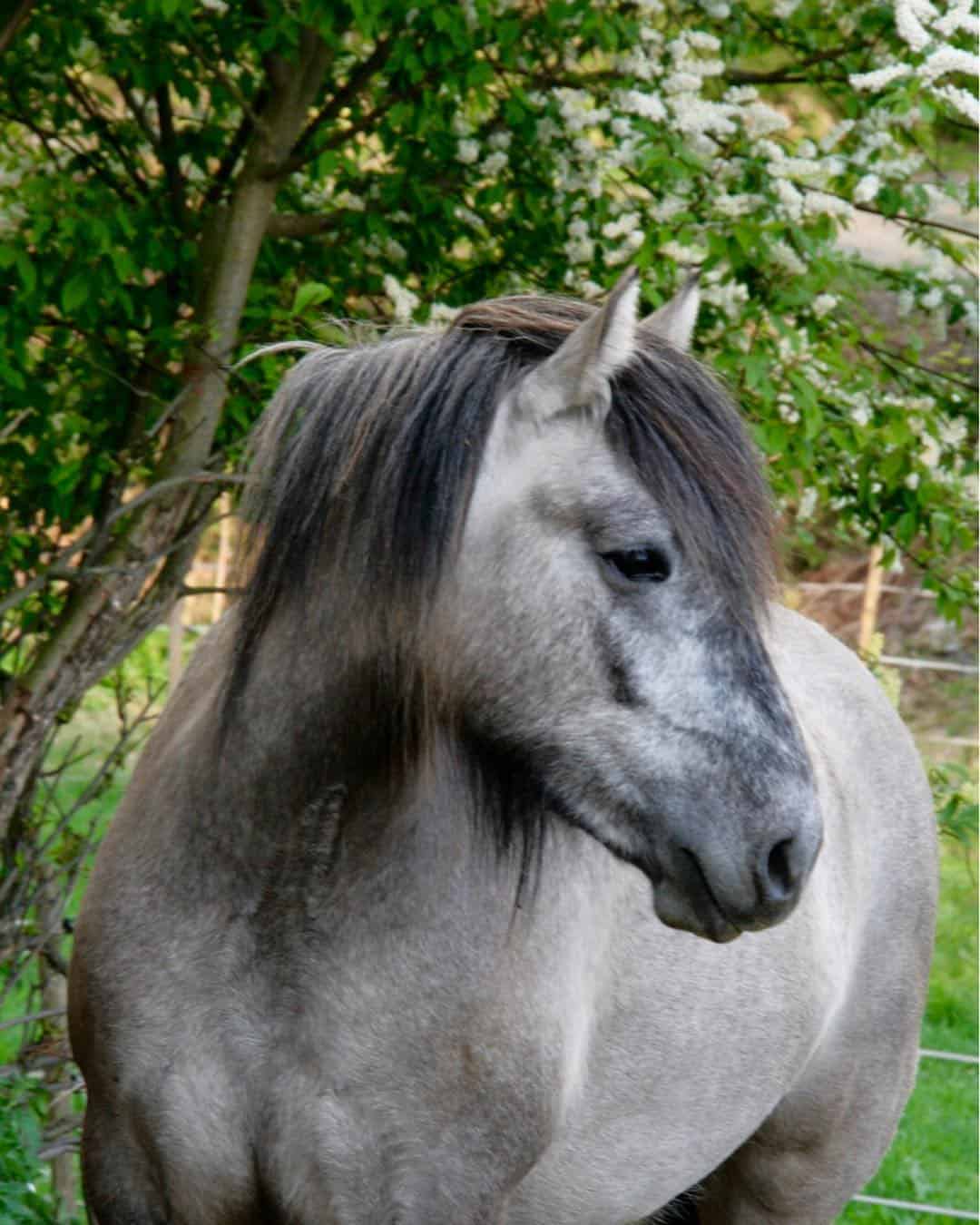 Highland ponies are hardy, stocky, and extremely strong. They have compact bodies and are well proportioned. Though still classed as ponies, the Highland is the largest native pony breed. Highlands range in height from 13 – 14.2 hands. The Highland Pony Society states that they should not exceed 14.2, and all features should be in proportion.

The Highland pony should have an alert and kind expression, a thick but good length neck, and a well-sloped shoulder. They have very powerful hindquarters and thighs, with flat hocks. Short cannon bones and broad knees add to their strength and hardiness. Highlands should move with very little knee action. The Highland should have short ears like a pony, a broad muzzle, and a fairly short nose length.

In addition to their hardy stature, the coat of the Highland is what ensures the pony can live outside year-round in the harsh Scottish climate. The winter coat is double layered. The base coat is soft, fluffy, and very thick. The top layer is made of a much stronger thick type of hair that helps prevent water from soaking to the skin.

Highland ponies come in a range of colors – various shades of dun, bay, grey, black, and the rare liver chestnut with a silver mane and tail. They often feature a dorsal stripe and zebra leg markings that give away their ancient genetics. Markings, such as white socks or blazes are not wanted. They are also not allowed to be piebald or skewbald.

The Highland pony has an excellent temperament that makes it suitable for a variety of jobs. However, they can have a streak of stubbornness. They also have incredible strength for their size and can use this to get their way. Because of this, the Highland must be instilled with good manners at a young age. The breed tends to have a kind, friendly personality with patience, but also has a sense of fun. One key to keeping a Highland is to ensure they are kept stimulated and busy.

The Highland has a calm temperament, but it is not dull. The ponies are keen when out at work, though not the fastest. They need to work to keep their weight in check and minds happy.

Highland ponies have a variety of uses. Due to their strength, they are often used in forestry and are commonly used on estates for deer hunting to carry the carcass off the hills. They are also used as riding ponies for pleasure and showing. Due to their surefootedness, they make excellent trekking mounts. While they aren’t superstar jumpers, they still can do some jumping at lower levels and are suitable for the tough conditions of hunting.

Due to their breeding, that allows them to survive in harsh rugged climates, the Highland is an easy keeper. They do not need tons of food to stay fat. It is important to know this when it comes to managing them. Often, you will not be able to keep a Highland with other horse breeds in lush fields. What they eat needs to be monitored as they are more prone to laminitis and becoming obese. Overall, the Highland is economical to keep and usually doesn’t even require shoes.

The Highland is an excellent all-round pony that is suitable for families. Their kind nature and ability to carry a good amount of weight makes them suitable for both children and adults. 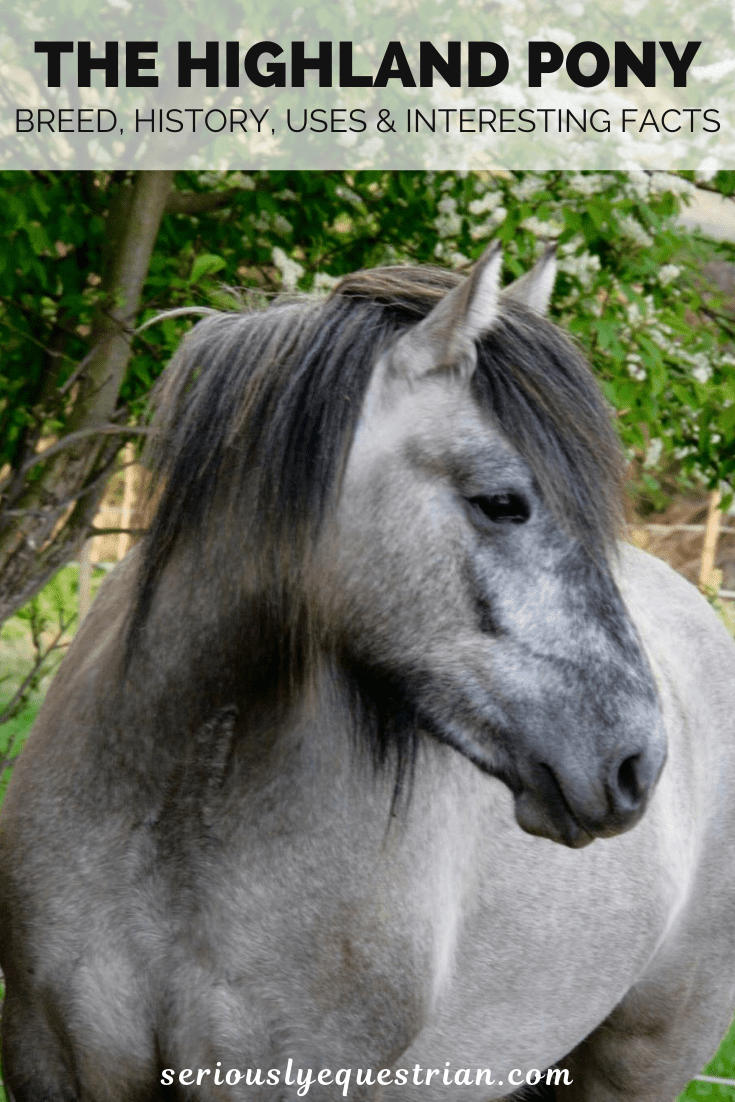