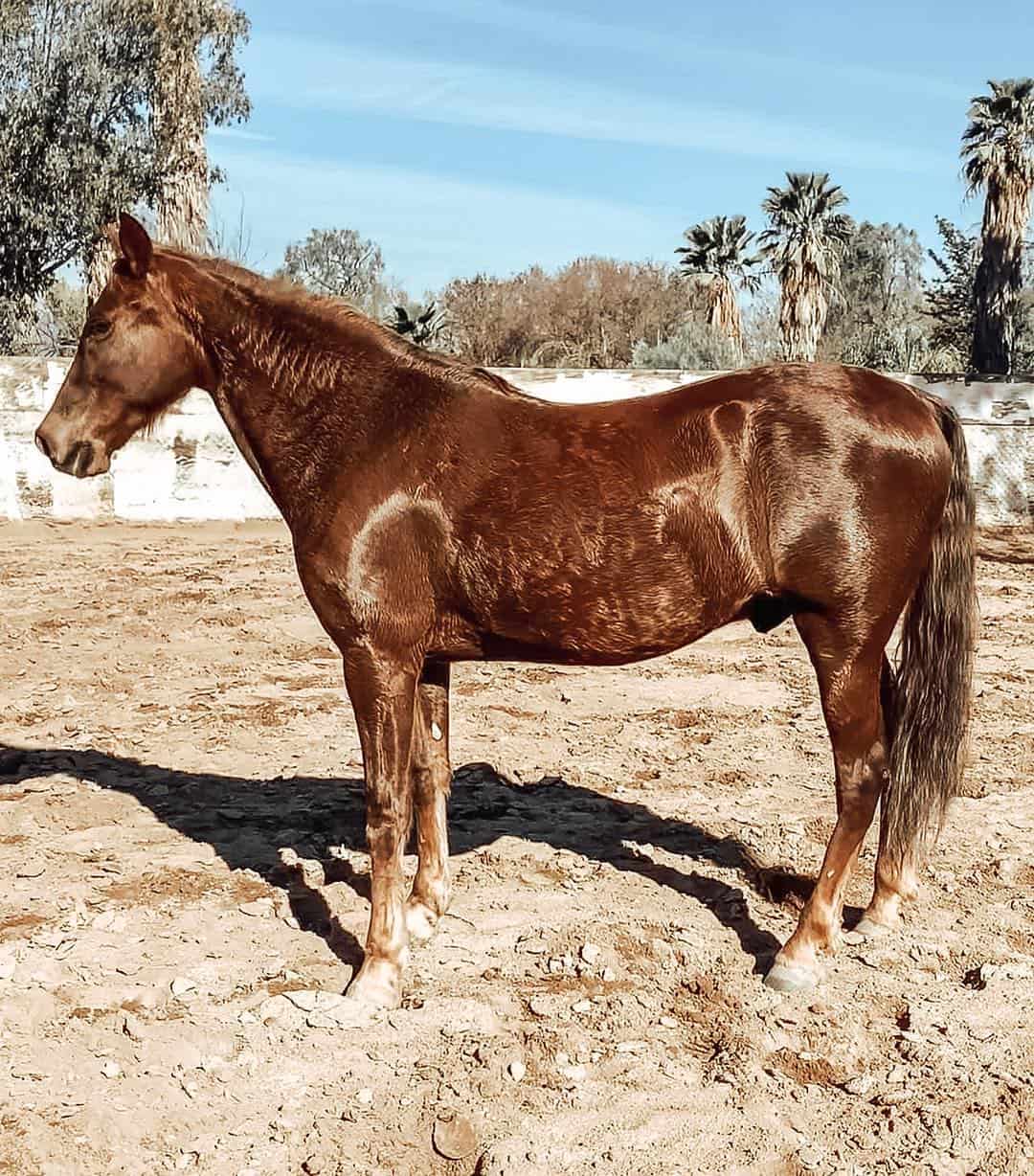 The Tennessee Walking Horse, commonly called the Tennessee Walker, is a light horse breed developed in middle Tennessee for use on southern plantations in the USA during the 18th century. The horse is synonymous with the south in particular Tennessee who have declared it the national horse of that state.

1. The Tennessee Walking horses have a closed stud book.

This means that every single foal bred since 1947 must have two registered parents in order to be eligible for registration. The reason for doing this is to protect the breed. A closed stud book allows the breed to stay very pure to its agreed traits. However this also limits any potential improvements in the breed.  It also limits the gene pool, which may make certain undesirable characteristics become accentuated in the breed, such as a frequently occurring disease or a fault of movement

2. They are famous for their Overstepping

The Tennessee Walking Horse over strides when it is performs a flat walk. When the horse moves  you will notice that the front feet are very close to the the back feet while moving. In most breeds this over striding is considered to be a fault and is considered as an undesirable trait that requires training. However it is a characteristic of the Tennessee Walker that makes them stand out during shows. This overstride is unique to the breed and is referred to as the big lick.

3. The Tennessee Walker was bred to be an all purpose horse

The Tennessee walker was created to be a standard utility horse. This is why they are tall, generally light, but still quite strong. They are horses that love racing and pulling as much as they love working out on the ranch.  Their multi purpose use combined with their unique looked has made them one of the most popular breeds of horse in the USA.

4. They have 3 distinct Gaits

The Tennessee walker has three distinct gait. These gaits include a flat-foot walk, running walk, and a canter. Both of the walks are four-beat gaits, with one foot up and three feet in various phases of striking the ground. The walk

The canter is a three beat gait and is often referred to as a rocking-chair canter because of the high, rolling movement of the horse’s body. The horse performs a canter in a relaxed state that makes them the ideal horse for trail riding

5. They come in many colors

Many breeds are easily identifiable by their colors. However the Tennessee walker is not one of these horses as they come in approximately 14 different colors due to their diverse lineage. Some colors are more common than others but in general you will find Tennessee walkers that are bay, chestnut, black, and even pinto colored.

6. They have a diverse breeding background

The primary breeds that make up the TWG are the Narragansett Pacer (first horse breed developed in the United States,), Canadian Pacer and gaited Spanish Mustang. However over time the blood of  Morgan, Standardbred, Thoroughbred and American Saddlebred horses was also added to the breed.

In 1886 the horse named Black Allen was born who became the foundation sire of the Tennessee Walking Horse breed. Although Black Allan was supposed to be a trotter, he preferred to pace and so never raced. Besides the pace, he performed a lateral ambling gait now known as the running walk

7. They often have problems with their feet

The breed is particularly susceptible to laminitis and navicular. Lamininitis generally occurs in older Tennessee walkers but  horses that are allowed to become obese and graze on pasture with abundant grass can develop laminitis at a young age. In

In the past the Tennessee walker has suffered as a result of owners  using the practice of Soring. This is when chemicals, pressure and devices are used to force the horse to pick up their front feet higher and faster than they would do naturally. Tennessee walkers are particularly at risk of this techniques due to their already flashy style of movement. 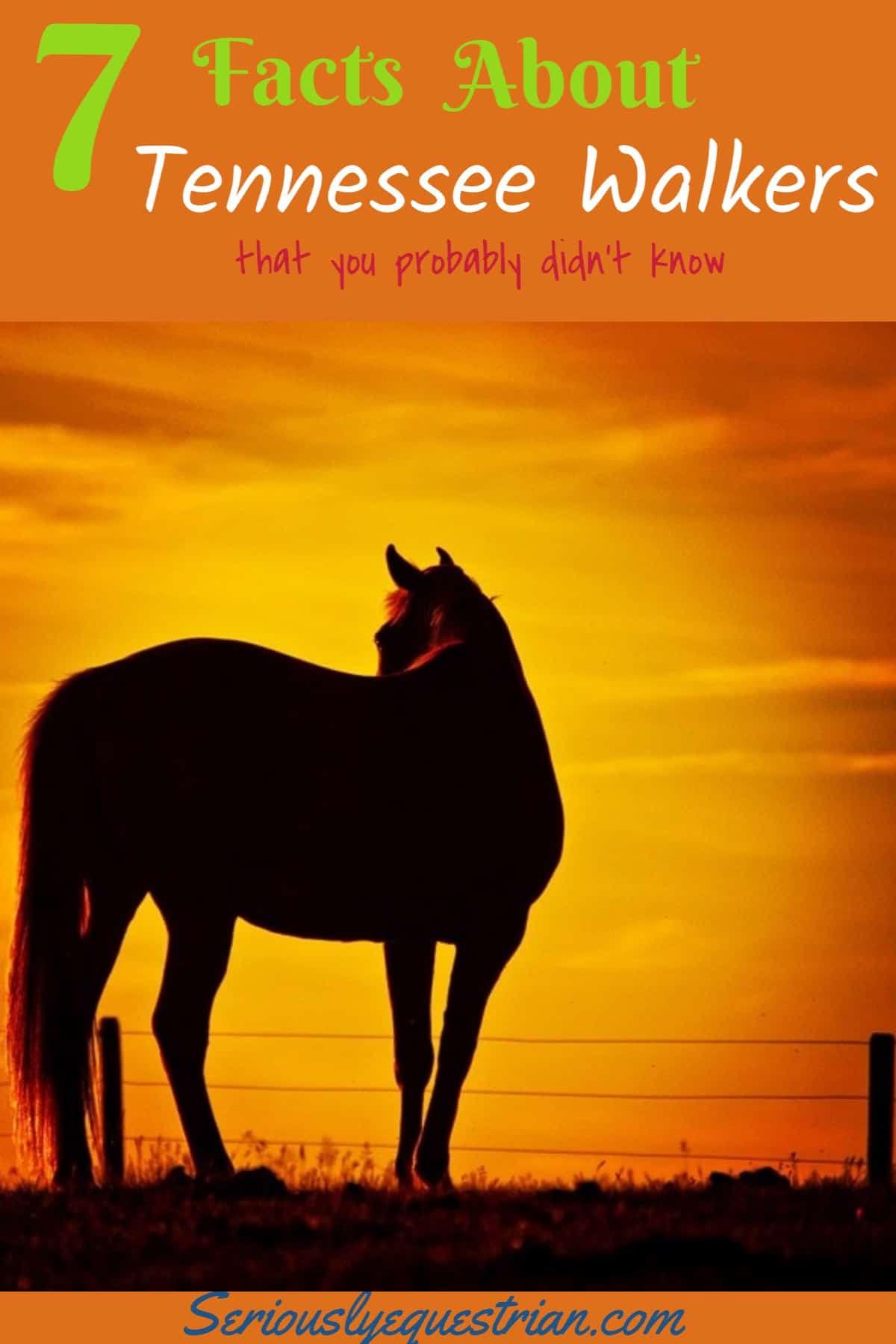